Kent County Councillors at an Environment and Transport Cabinet meeting today (November 30) have agreed to launch a consultation on plans to cut subsidies for some bus services in Kent.

KCC plans to cut funding for Socially Necessary Bus Services (SNBS) in a bid to save £4million.

A revised list of services that could be affected was made public earlier this week, with two Thanet routes under threat removed.

But the 42, 42A Monkton – Ramsgate service remains on the list, meaning its subsidy from the authority could still be withdrawn.

Some 78 SNBS contracts are likely to be axed to make the £4million saving. These contracts currently provide 1.6m journeys per annum. 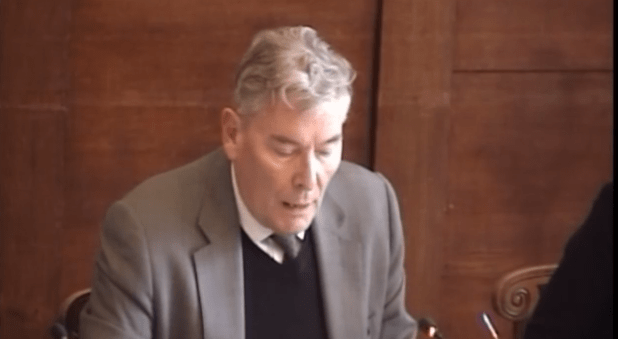 During the meeting today Matthew Balfour, Cabinet Member for Planning, Highways, Transport and Waste, said: “We have a duty to ensure every pound we spend benefits the public as well and best as we possibly can.

“We are not in the land of milk and honey, this council has had to save half a billion pounds over the last few years and this coming year about £73million, so it is vital we look at every penny that is spent and particularly every non-statutory penny spent.”

Cllr Balfour reiterated the consultation would be on the criteria used to decide which bus routes would have subsidies withdrawn.

Thanet Labour member and county councillor Barry Lewis said the withdrawal of services due to subsidy cuts would hit “the elderly, disabled, carers and school children.”

He said the unemployed would be sanctioned for missing appointments and many people would find themselves isolated and “trapped in their houses.”

During the meeting it was revealed talks are taking place with community transport providers and there were hopes commercial providers would step forward to provide some of the routes facing the axe.

The meeting was told some 42% of subsidised services could be affected but these were only some 3% of the county’s total bus routes.

Concerns were raised that detailed information on the routes, their costs and use, were not yet available, making the documents “inadequate” to be used for making a decision. Concerns were also raised about the wording on the report, saying it was not clear enough that the decision being made was on a consultation and not, yet, on subsidy withdrawals.

Other issues raised were whether it would result in axed services that would make schools inaccessible to some pupils, whether it would add to car use and congestion, why such high subsidies per passenger were being made on some services, and whether enough had been done to explore other companies taking on the routes.

Suggestions were made to examine using on demand services for some routes.

Cabinet members agreed the proposals to consult on the “reduction of bus subsidies, which could impact on services.” A public consultation will now take place from January 17, 2018 until March 27, 2018, although the budget, which the cuts are part of, is due to be signed off in February.

Consultation could mean amendments to the proposals, although today’s meeting heard it was likely “90% of the proposed subsidy cuts” would be brought forward, Amendments may be made in April 2018 and finalised by the Cabinet committee members in May 2018.

In June 2018 contract withdrawal notices would go to operators running the routes that are eventually agreed for the subsidy axe, which is likely to mean the end of those services coming into effect from September 2018.

Ramsgate Labour councillor Karen Constantine has launched a petition to save the subsidy for the Monkton service.