Contestants from all age groups took to the stage in a knock-out competition held in front of the whole school, staff and families.

Each incorrectly spelt word meant a contestant was eliminated – the standard was so high that the co-ordinators were preparing to use their back up question list for the first time ever as they were running out of words.

In the end it came down to sudden death between two pupils, with Mac from Year 6 taking the title just ahead of Finley from Year 3. Both received a certificate and a gifts of stationery items. 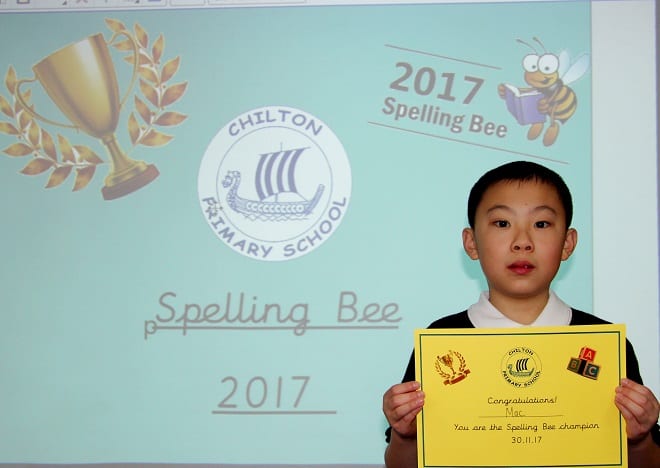 Teachers Helen Rowland-Hill and Michael Pile co-ordinated the challenge. They said: “All the words we ask the children to spell are those that we expect our Year 6 pupils to understand before they leave Chilton for senior school.

“There were children from Year 3 upwards tackling some very difficult words, and doing very well. It shows how high the standard was for this competition.

“There are some words that many adults have difficulty spelling, and it is so much more challenging when you are standing on a stage in a knock-out competition. All our contestants performed remarkably well and deserve a huge well done.” 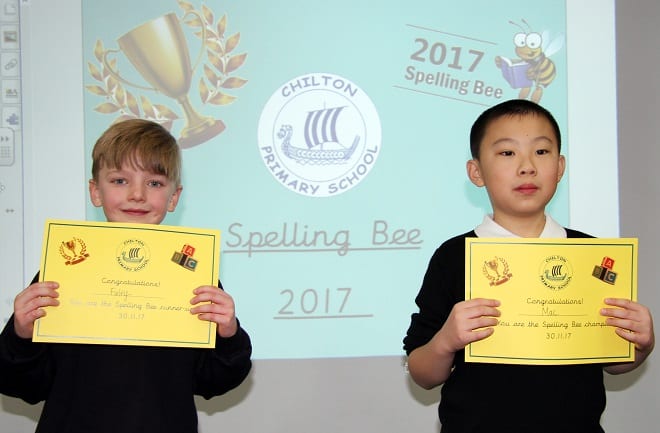 The Spelling Bee is held three times each year and is part of the school’s ongoing literacy drive.