Thanet councillors at an Overview and Scrutiny committee meeting have voted overwhelmingly to reject the isle’s draft local plan.

Consultation was carried out earlier this year on revisions to the plan, including axing the aviation-use only designation at Manston airport and putting forward two new isle sites at Manston Court Road and Haine Road.

These changes were approved by Cabinet members at a meeting in October but still needed to go to the Scrutiny panel. They will now be debated again by Cabinet and then Full Council.

But Scrutiny members ignored the recommendation to approve the amended plan, instead voting 9 to 1 to reject it.

They did not, however, put forward an alternative recommendation.

Campaigner Craig Solly, who spoke at the meeting about his concerns over the plan, said the vote was a victory for common sense.

Mr Solly raised concern over the soundness of the draft local plan, including the number of houses Thanet is expected to deliver each year, issues with infrastructure of roads, utilities, water and KCC services, the question of funding and how it should come from grants and developers, the ‘last minute’ transport plan and whether it could be sound given the uncertainty over the future of the Manston airport site.

He added: “I am glad Scrutiny members have seen common sense. I spoke about issues with the soundness of the local plan in its current form. I would welcome all parties coming together to try and create a new plan that will benefit Thanet and hopefully pass the soundness test. But time is running out to devise a credible plan.

“I think the whole point is that it should be a democratic document which it clearly is not at the moment.

“We need a collaborative council that cares about Thanet’s future, with or without an airport. Ultimately we are the people who have got to live here.”

The rejection will have to be considered by Cabinet members on December 14. The plan will then go forward for vote at Full Council on January 18. 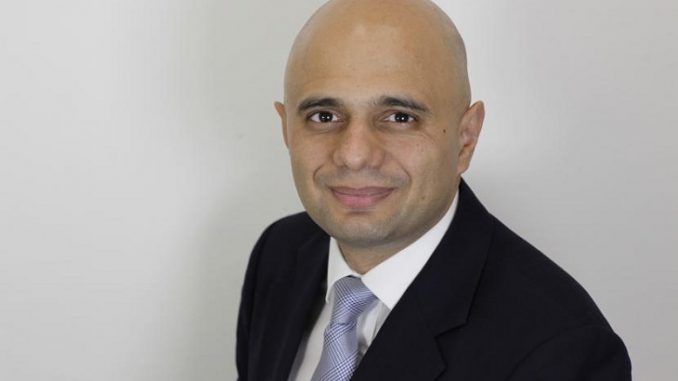 Last week Thanet council was told it would be served notice that central government may start the process of ‘taking over’ the isle’s housing and business plan.

A statement issued by Secretary of State Sajid Javid, from the Department for Communities and Local Government, said the failure of Thanet and 14 other authorities to meet deadlines to put a local plan in place means the government has now served notice of its intention to intervene.

“These letters will start the formal process of intervention we set out in the housing White Paper.”

The White Paper is the Government’s proposal to enable it to deliver one million new homes nationally by 2020 and a further 500,000 by 2022.

Thanet council has until January 31, 2018, to justify to Government the failure to produce a Local Plan.

South Thanet MP Craig Mackinlay has met with the Secretary of State to explain Thanet’s position.

Thanet Conservative party leader Bob Bayford told last night’s meeting: “Savid Javid has been made aware of Thanet’s particular circumstances and we are unlikely to feel the full weight of government wrath.”

Thanet council chief executive Madeline Homes said TDC had not yet responded to the government letter.

North Thanet MP Sir Roger Gale said it is Thanet council’s leader andCabinet members  “blundering incompetence” and refusal to “reflect the wishes of the local electorate” that has led to delays and the threat of government intervention.

He added: “It is likely, and I personally hope that this will be the case, that unless Cllr Wells and his “Cabinet” withdraw the proposed change of use for Manston  airport then the Local Plan, when it is debated and voted upon in early January of 2018, will be defeated and I would welcome the intervention, at that point, of the Secretary of State.

“At a meeting with the Housing Minister a week ago I indicated that Thanet has more than sufficient brownfield land and other available sites to meet its` local housing needs without sacrificing swathes of Grade 1 agricultural land and most certainly without smothering a national asset, Manston airport, with an estate that will almost inevitably be used as a dumping ground by London Boroughs for overspill housing for people who will then have no jobs to go to. I believe that that point has been taken and understood.”

Thanet council leader Chris Wells responded to Sir Roger’s comments by telling him to ‘put up or shut up.’

In a statement Cllr Wells said: “I read Sir Roger’s comments with interest. He appears to be in direct conflict with his own government’s agenda in advocating delay to the Local Plan process.

“I was however, delighted to hear of his recent meeting with the Housing minister, when Sir Roger explained that, “Thanet has more than sufficient brownfield land and other available sites to meet its local housing needs”.

I am excited to hear such a simple solution is available to us. So please Sir Roger, list those sites where the housing your government wants for this area can go. That is all that anyone consulted really needs to know to make an informed choice about the Manston site.

The current Thanet timetable plans for council approval in January, submission to Planning Inspectorate in March 2018 and examination in June 2018.

The isle’s last active local plan was adopted in 2006.

During the meeting in October, and again at last night’s Scrutiny meeting, council deputy leader Lin Fairbrass warned of the dangers of delay with the plan, saying: “If the draft plan is not submitted for examination by next March 31 there is “significant risk” that higher housing numbers would be imposed by Central Government.”

Government intervention could mean the housing numbers required for Thanet will rise. Government guidelines currently dictate a build of 17,140 new isle homes by 2031. But following a government proposal to standardise the way local authorities work out housing need new proposals could see that figure rise to more than 20,200 homes, raising the requirement from 857 dwellings per year to 1063 dwellings per year.