Bird watchers flocked to Pegwell Bay Nature Reserve yesterday (November 17) to catch a glimpse of a red-necked phalarope, which is rarely this far south.

The bird is in its winter plumage as it only sports its red neck during the breeding season. 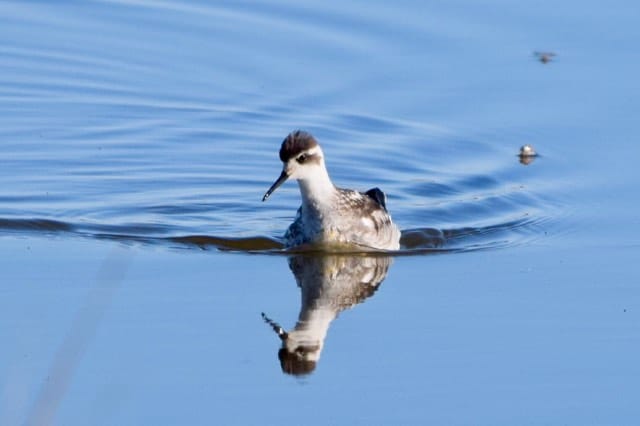 These small, delicate waders are adapted well to spending a lot of time on water. Unlike other waders, phalaropes have lobed toes which enable them to swim strongly when on pools or out at sea. They spend most of their time in the water but can equally run about on land. The duller coloured male looks after the eggs and young after laying. As a rare UK breeding species it is a Red List bird. 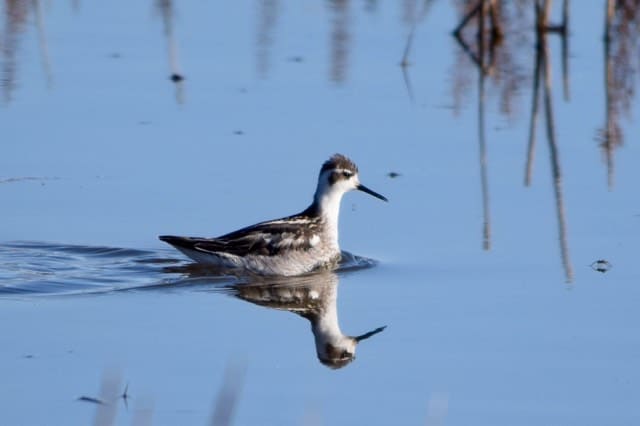 The Red List of Threatened Species is widely recognised as the most comprehensive, objective global approach for evaluating the conservation status of plant and animal species.