Changes to plans for housing and business space at the Manston airport site will be revealed by developer Stone Hill Park at two public exhibition events this month.

Last month SHP submitted a hybrid plan with a number of alterations made from the outline application following consultation events in 2014, 2015 and 2016.

SHP plan to develop the 303ha space for 2,500 homes; an advanced manufacturing focused business park; sports and recreational facilities, with the former runway becoming the focal point for a network of parkland, trails and outdoor space, and a ‘heritage hub’ at the site.

But more changes have been made to the proposals and a fresh application is due to be submitted in the New Year.

Details of the changed plan will be revealed at the exhibitions next week.

Trevor Cartner, co-owner of Stone Hill Park, said: “SHP has an exciting new settlement scheme that will provide Manston with a new chapter in its long and cherished history; a chapter that would provide much needed homes and jobs for the district.

“Unlike the fantasy freight cargo hub plans from RSP, our proposals will honour Manston’s past as well as deliver real benefits for the people of Thanet.” 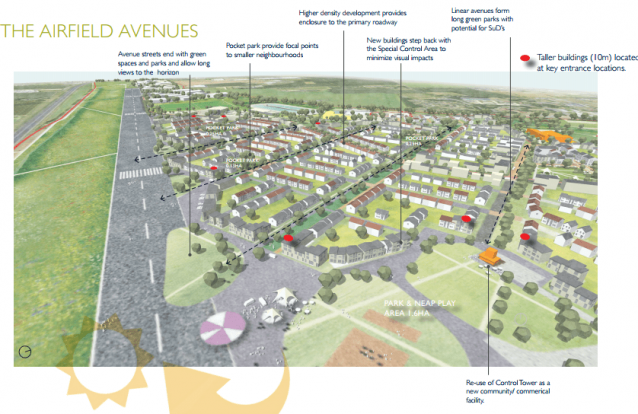 In the version submitted last month changes to the original masterplan, which was submitted in 2015, include relocating the ‘wavegarden,- an inland surf lagoon -sports hall and courts, adding more residential areas to the eastern edge of the site, adding a village green and extra, smaller park areas and explanations for road layouts and ‘wavegarden’ facilities.

Housing has also been removed from the western end of the site, with the employment area extended.

SHP has also sent a second letter to the Planning Inspectorate about rival plans for the site from RiverOak Strategic Partners (RSP).

The planning and DCO law firm said RSP’s application for a development consent order (DCO) at the airport site cannot lawfully proceed for a number of reasons, including the DCO consultation material being too threadbare to meet  the ‘satisfactory standard’ legal test; a non-compliance with new tougher environmental impact assessment regulations, RSP being a new firm and not the original RiverOak applicant and their consultation being inadequate.

Bircham Dyson Bell LLP responded on behalf of RSP saying: “We are unclear as to the purpose of the letter, as it is strictly a matter for PINS to decide whether to accept an application when it is made, rather than having regard to the advance views of third parties about it. The allegations made will be resolved one way or another when PINS receives an application for development consent from RiverOak Strategic Partners Ltd and then decides whether to accept it, then if it is accepted, during the examination into it, and ultimately when the Secretary of State decides whether to grant it.”

The law firm then addressed the points raised by SHP.

Among them was the issue of cargo movements and whether the RSP aviation proposal is a nationally significant infrastructure project. The law firm says SHP made a “basic error of confusing capability with projected use,” in its comments about projected cargo movements.

They also state that RSP’s ability to fund the project, and in particular to pay blight and compensation for the compulsory acquisition powers that will be sought, will be expressed in the funding statement submitted with the (DCO) application and tested through the examination as with other projects.

Bircham Dyson Bell conclude their response by saying: “When Stone Hill Park Ltd’s plans for the site are described, they appear to be in a significant state of flux. Various elements from the dormant planning application made in May 2016 seem to have been removed in favour of the potential for additional housing, for which they rely heavily on the emerging local plan.

“As you will be aware, as recently as July this year a planning inspector ruled that little weight should be given to it, when dismissing an appeal made by Stone Hill Park Ltd, and the existing local plan policy is consistent with national aviation policy. The emerging local plan is not scheduled to be adopted until the end of 2019, and may well be delayed beyond then. Stone Hill Park Ltd, and RiverOak Strategic Partners Ltd, would therefore be wrong to rely on it.”

The letter says two specific reports, the Freight Transport Association (FTA) and Transport for London (TfL) in 2015 and a note on Freight Connectivity for TfL in 2013, were used by RSP but York Aviation says: “Our analysis in these documents for the FTA and TfL does not support RSP’s conclusion that there would be a substantive or sustainable role for Manston in the UK air freight industry.” 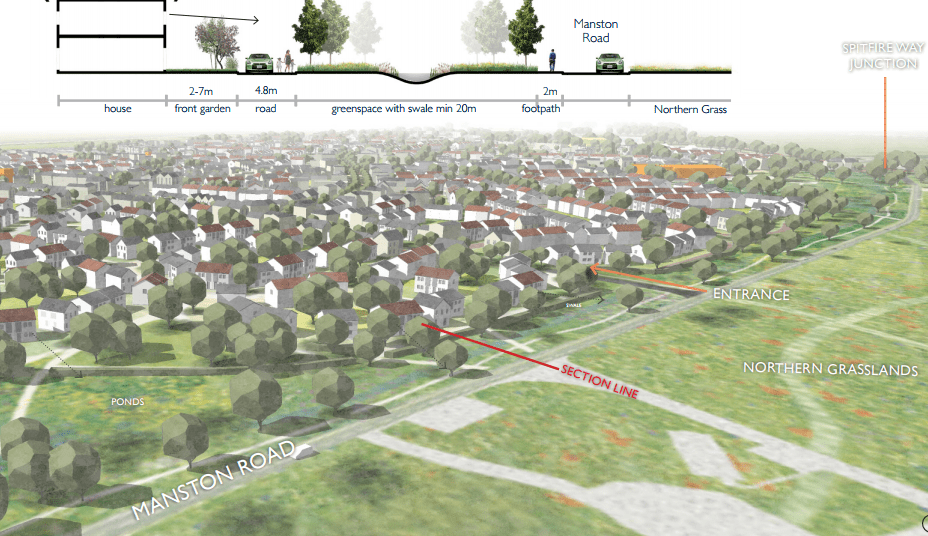 The second is at Pegwell Bay Hotel, 81 Pegwell Road, Ramsgate, on November 21. Both events will run from 3pm until 8pm.

RSP says the proposal will create almost 30,000 jobs by the airport’s 20th year of operation.

George Yerrall, director of RiverOak Strategic Partners, told The Isle of Thanet News in May: “From the date that the airport reopens, almost 6,000 jobs would be created – around 850 jobs on the airport site itself and a further 5,000 indirect and catalytic jobs in the wider economy, in associated industries or businesses.

The DCO is due to be  submitted by the end of this month. A decision by the Secretary of State is expected by the end of 2018. If RSP gets the green light for its plans it says the opening of the re-built and refurbished airport will be in 2020.

Both RSP and SHP will make a presentation to Kent County Councillors in Maidstone on November 21.