Kent Police is appealing for people to hand in unwanted or illegally held guns during a two week surrender of firearms and ammunition.

People can dispose of firearms or ammunition by taking them to police stations in Kent.

During this period, those surrendering firearms will not face prosecution for illegal possession and can remain anonymous.

Many firearms are held innocently with owners unaware of their illegality, or are overlooked heirlooms forgotten in people’s homes. Others are acquired and distributed by criminal networks to threaten or harm their local communities. 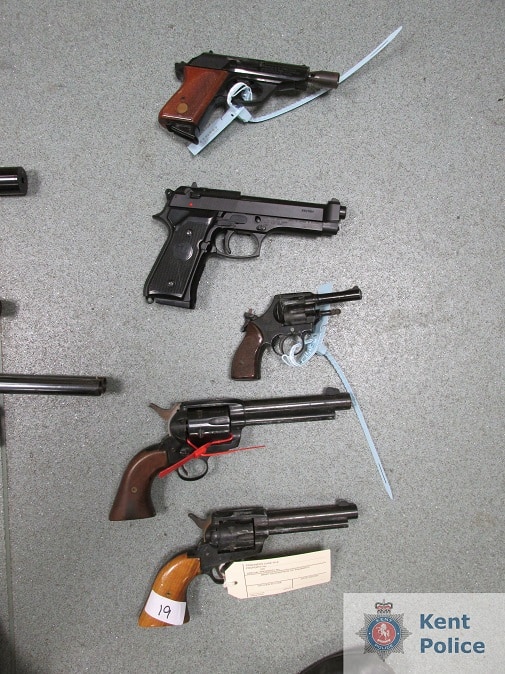 The surrender is an opportunity to dispose of unwanted, unlicensed weapons in a safe place. More than 100 guns were handed in to Kent Police during last year’s firearms surrender.

Detective Chief Superintendent Rob Fordham said: “This firearms surrender is part of a larger Kent Police operation, known as Operation Raptor, to tackle, disrupt and prevent violent crime and the possession of offensive weapons across the county.

“During these two weeks we encourage the public to hand in as many unwanted or unlicensed firearms as possible.

“If you know where a weapon is being kept illegally, now is your chance to give it up or tell us anonymously where it is. You will not be prosecuted, you could prevent it falling into the wrong hands, and you could save a life.”

Check the opening times of a station by calling 101 or visiting the Kent Police website before attending. For opening times visit https://www.kent.police.uk/your-area/.

Anyone wishing to dispose of an unwanted firearm or ammunition who cannot attend the above stations should call 101 and collection will be arranged.