The seafront shelter, former toilets and lift off Victoria Parade at Viking Bay  have gone under the hammer for a whopping £350,000.

Thanet council has sold the freehold for the site as part of its asset disposal programme.

The guide price given by auctioneers Clive Emson was £40,000- £50,000 plus fees but the hammer finally came down at 7 times that price. 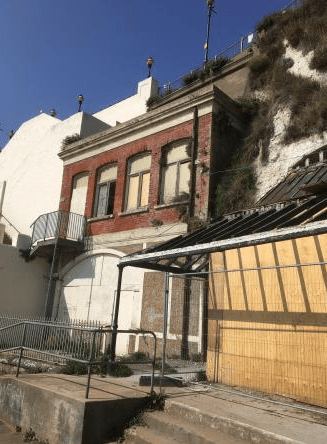 The auction house described the site as: “An interesting Lot comprising a disused shelter at beach level, an area of open land together with the disused lift shaft and toilets at split level. The site itself is situated against the cliff face and generally central to Viking Bay in Broadstairs. 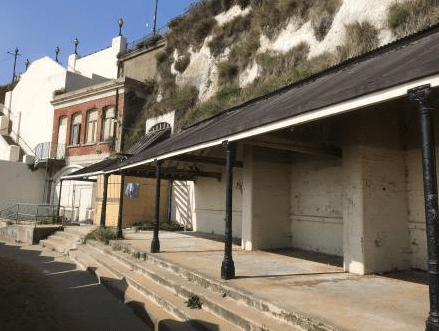 “It is considered that this Lot may be suitable for a variety of uses/conversions subject to all necessary consents being obtainable.”

The freehold site is 0.37 hectares (0.91 acres)  and was being marketed as offering potential for development, subject to all necessary consents being obtainable.

A third plot sold by TDC was land at Manston Road, Ramsgate.

The freehold site is 2.2 hectares (5.5 acres) and is adjacent Meridian. In 2007 permission was granted for 207 homes on the site

The auction was held yesterday ( October 30) at The Clive Emson Conference Centre in Maidstone.