Many of us remember the Ramsgate Model Village that stood on the West Cliff for 50 years.

Castlewolde, which opened in 1953, sported a castle (of course!), bridges, Tudor style pub, planes, boats and a cricket field.

But Jack was also responsible, alongside former mayor of Margate, Dennis Masters, for the creation of a Margate Model Village.

Jack, from Westgate, built models for the Queens Hotel entertainment centre on Cliftonville seafront. The hotel, which also had a dolphinarium, was demolished in November 1978 and Queen’s Court housing development now stands on the site. 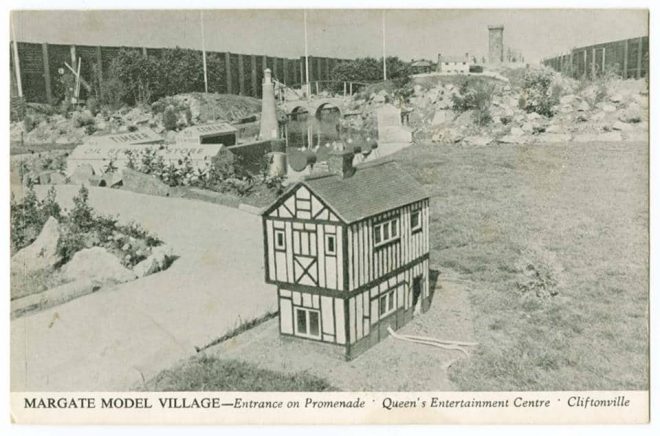 More than 5,000 plants were bedded in and there was even a miniature railway and illuminations at dusk!

There was also a miniature antique fairground that took more than 40 years to create and had been featured on TV.

The village, which had an entrance on the promenade, was open every day from 9.30am to 10pm. 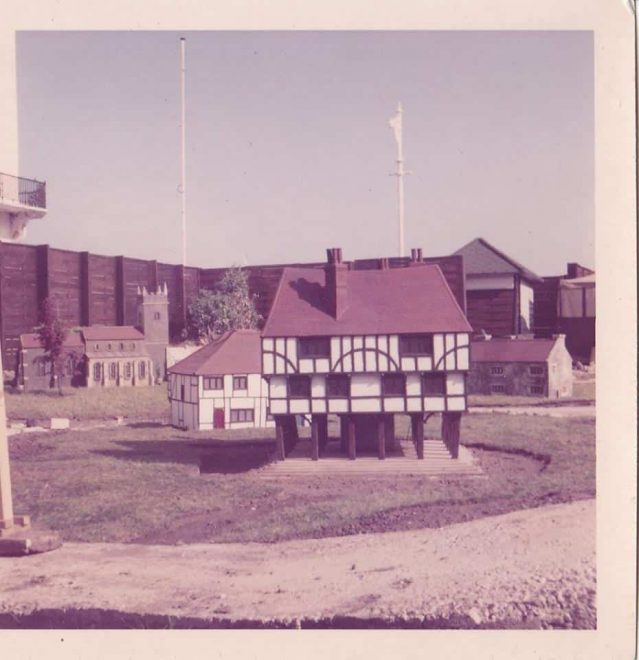 But its existence was short-lived. It is thought that failure to gain planning permission for the second stage of the construction meant the end for the attraction.

Jack’s son Max Scott said: “I remember going around the local area of the site with Dad, knocking on doors for residents to sign a petition. This was presumably to gather support for stage two. 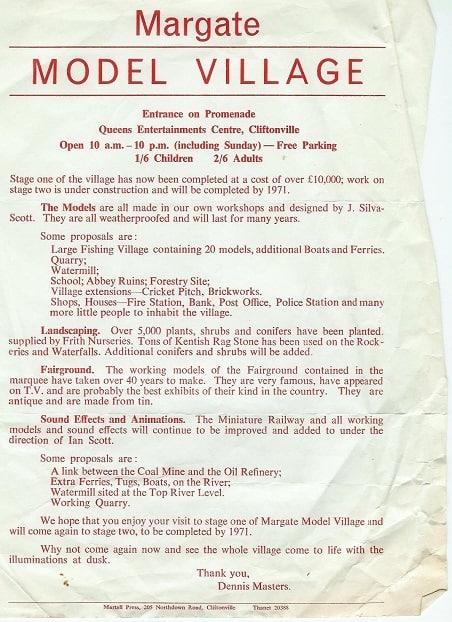 “By 1973, the models had been transported to Bedfordshire for a model village in the grounds of Woburn Abbey. I remember going up there with Dad in the school summer holidays that year but I’m not sure if that village ever opened.”