A Margate couple are appealing for help to track down a family heirloom watch and other jewellery worth thousands after burglars targeted their house.

Tony Palmer has posted to social media after his home in Palm Bay Avenue was broken into at around noon yesterday (October 27).

The culprit smashed patio doors at the property, trashed the couple’s home, including both their children’s bedrooms and kicked the family’s dog.

Tony said: “He took all my wife’s jewellery, including her mum’s heirlooms worth thousands, trashed both my kid’s bedrooms and ours. 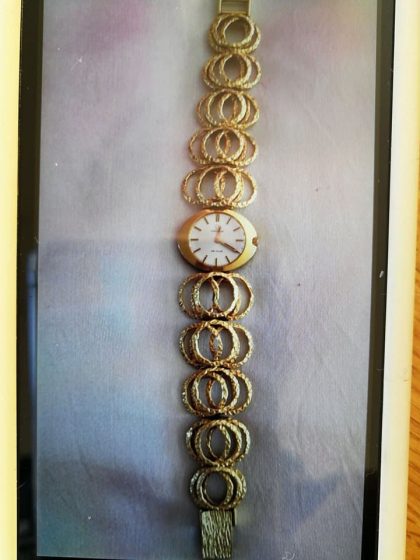 “He took my wife’s bag with cash and all the bankcards and kicked our poor dog who was in the house. My wife caught him coming out of the house and gave chase.

“The police have it all on CCTV from Thanet Bowling but lost him at the end Cliffe flats on First Avenue.”

It is believed the culprit may live in the area where the CCTV lost him.

Tony has supplied a picture of a watch that was taken that had belonged to her mum.

If anyone has information, please call Kent Police on 101.

A Kent Police spokesman said: “Kent Police was called at 12.11pm on Friday 27 October to a report of a burglary at a residential address in Palm Bay Avenue, Margate.

“Enquiries into the incident are ongoing.”