Youngsters from Thanet have taken part in the largest Scouting event in the world.

Using Skype, the Scoutlink Internet Relayed Chat and Hilderstone Radio and Electronics Club providing radio access and Morse code, the youngsters were able to speak to fellow scouts across the globe.

These included Skype calls to South Africa and New Zealand, radio contact with a yacht sailing the Orkneys, IRC chats with groups in Indonesia and Canada to name a few. 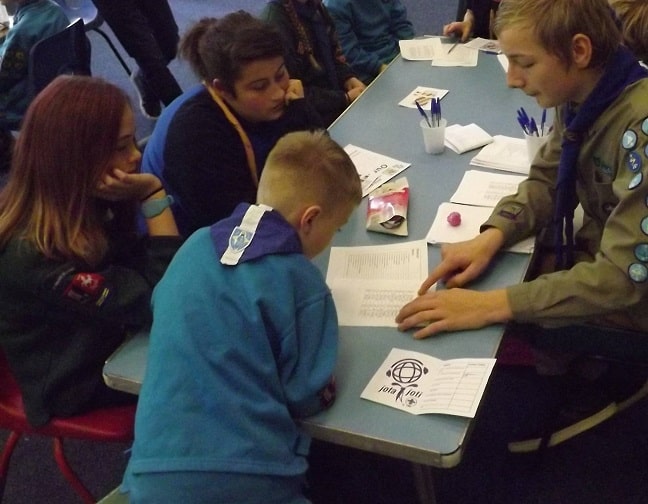 Alongside this the children, aged 6-16, learnt how to use two- way radios, the phonetic alphabet, the use and construction of box kites to launch aerial lines, basic BSL and Makaton and semaphore.

An event spokesman said: “The weekend left the children buzzing with broadened horizons, new knowledge and experiences. Now a firm fixture in the group diary we look forward to next year’s event.

“A big thankyou to Hilderstone Radio and Electronics Club for all their help, support and enthusiasm with JOTA.”

World-wide some one million Scouts and Guides clubs take part in the annual Jota-Joti event.