Dreamland Margate received an unusual request ahead of the launch of its Halloween scare-fest, Screamland, last Friday.

Tori Oram, of Grosvenor Place in Margate, contacted the amusement park on behalf of her husband, Steven Gabriel, who had expressed an unexpected wish – for one night, he wanted to be a scare actor. Tori said: “Five years married and I never suspected he would want any part of something like this!”

Steven, a 42-year-old Theatre Support Worker at QEQM, told the amusement park that he wanted to tick this one thing off of his “weird and wonderful” bucket list despite having “absolutely no acting experience whatsoever.”

He said: “I’ve lived in Thanet all my life and have always loved Dreamland. It’s brilliant to see it growing again and I wanted to be part of the action!” 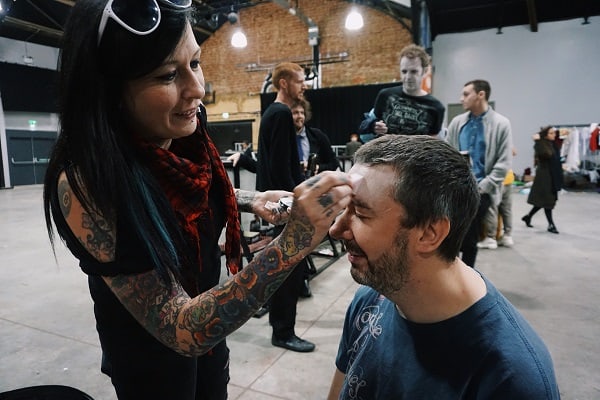 Dreamland happily granted Steven’s wish to be part of Screamland by inviting him along to the park to be transformed into a clown for one of its mazes during the event’s opening night.

Ahead of his transformation, Steven said: “I never expected to do anything like this, it’s so exciting!”

Steven was given a frightening costume and a makeover by professional make-up artists before taking his position in Festino’s Festival of Freaks, the terrifying maze in which he would spend the evening. 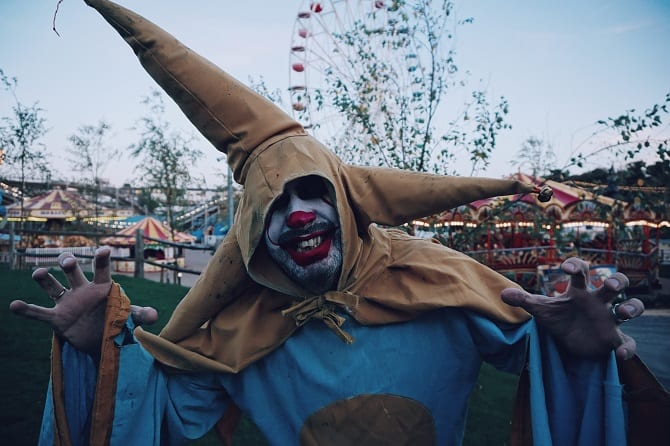 Rebecca Ellis, Director of Events and Programming at Dreamland Margate, said: “When Steven got in touch, we just had to say yes! Dreamland is all about fun and this was something we really wanted to make happen. He did such a good job on the night and it was great to make his wish come true!”

When asked what’s next on his list, Steven said: “I want to travel the world, I’d love to see Machu Picchu!”

Read here: This is what’s on offer at Screamland