A mental health support group based in Thanet has held a successful poetry, music and art event at Turner Contemporary – despite the looming removal of its funding.

More than 80 people turned out yesterday (October 15) to see a dozen performers from SpeakUpCIC for the Listen Up event.

It was held as part of a programme of activities marking World Mental Health Day to provide greater awareness of mental health through the power of poetry and performance.

SpeakUpCIC’s future is uncertain because of the planned withdrawal of funding it currently receives from Kent County Council and the NHS.

The group, which helps people across east Kent, has been informed that funding to provide service user forums will end in March 2018 and new commissioning arrangements will be put in place.

Maggie Gallant, Managing Director of SpeakUpCIC, said, “The Listen Up Poetry Event organised by SpeakUpCIC really did showcase what SpeakUpCIC stands for; reaching out to the local community, giving vulnerable people a voice and campaigning about mental health.

“We are an independent community interest company that supports people in raising their voices. The organisation is managed and run by people who have all suffered from a mental health problem.Wwe are a company that firmly believes in ‘for the people, by the people’ and we need the authorities to see the vital support we provide in helping improve people’s lives for the better.

“We’d like to give thanks to the Turner Contemporary for hosting us for the event, all the people who took part and all the SpeakUpCIC volunteers who helped make the day the roaring success that it was.”

The event was formally opened by the Mayor of Margate, Cllr Rosamund Dixon, who gave some moving words about the importance of tackling stigma around mental health. 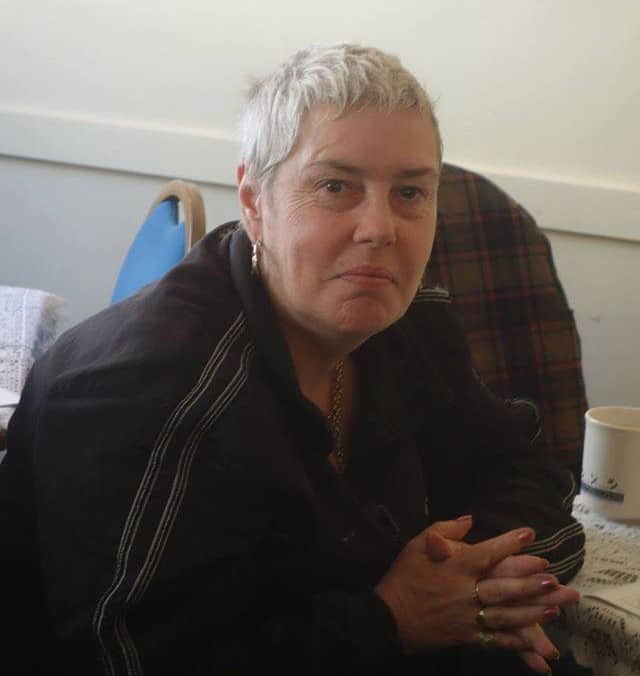 There was also a powerful, moving song dedicated to Delyth Andrews (above) who was brutally murdered in Ramsgate in 2015.

Delyth, a SpeakUpCIC member, was beaten to death by brothers Scott, Adam and Joshua Knight. They had been living in her home after Delyth took their mother in.

Four ft 11ins Ms Andrews was bi-polar and weighed less than eight stone. She died after a sustained and brutal attack by the brothers in her own home. Her detah led to calls for mental health support services to be examined.

The brothers were jailed for life with a minimum term of 23 years. They may never be released from prison.

Seasoned performers also joined SpeakUpCIC members who read their own poetry. Volunteer read out submissions contributed by other members.

In a grand musical finale members of the SpeakUp music group took the floor for an uplifting and entertaining communal rendition of Queen’s ‘Bohemian Rhapsody’.

Clare Wright, one of the Directors of SpeakUpCIC, said: “It was really special seeing this number of people coming together, whether it was people who had just come along out of curiosity or people who had been involved in SpeakUp for some time. And rather than being a depressing thing, today has actually been very, very uplifting, just sharing stories and helping people know they are not alone. The fact that what happened today brought some people out of isolation is really important to us.” 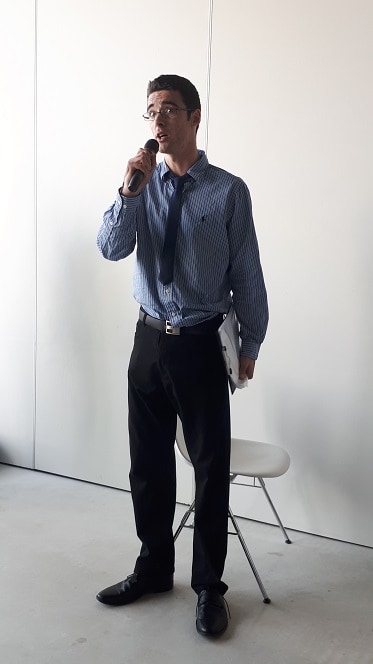 Ricky Gillies (above), one of the local poets performing at the event, said: “It’s important to increase awareness and reduce the stigma surrounding mental health and also to let people know that creative outlets are available. Because someone who is struggling with their mental health often has an ability and a passion that hasn’t been nurtured before.”