I am aware of plumbing. I am broadly in favour of it. And there my interest in plumbing ends. But my only child, contrary as a Persian cat, has chosen to pursue a plumbing career. The parents have been invited here to show support, so here I am, trying my best to look bright and engaged, while wearing hot pink trousers, which I now regret.

In this serious, grey workspace, surrounded by men in hard hats and boots, I am somewhere beyond incongruous. My phone is glittery. My nails are glittery. But the pink trousers have sent me into the realms of parody.

When I learnt I was having a son, I fondly imagined he’d grow into a hairier version of me. A thoughtful, sensitive devotee of musical theatre, keen on difficult novels and personal grooming, tidy to the point of compulsion.

Enter instead a thumping, noisy bruiser, 10 lb 6 oz of solid testosterone, who yelled angrily at show tunes and ballet class, preferring instead to take things apart and remodel them more efficiently. From the age of three he’s been in charge of DIY and car maintenance in our house, explaining to a repairman in sombre, regretful tones, that any information should be relayed to a toddler in preference to me, as “mummy is not a serious person.” 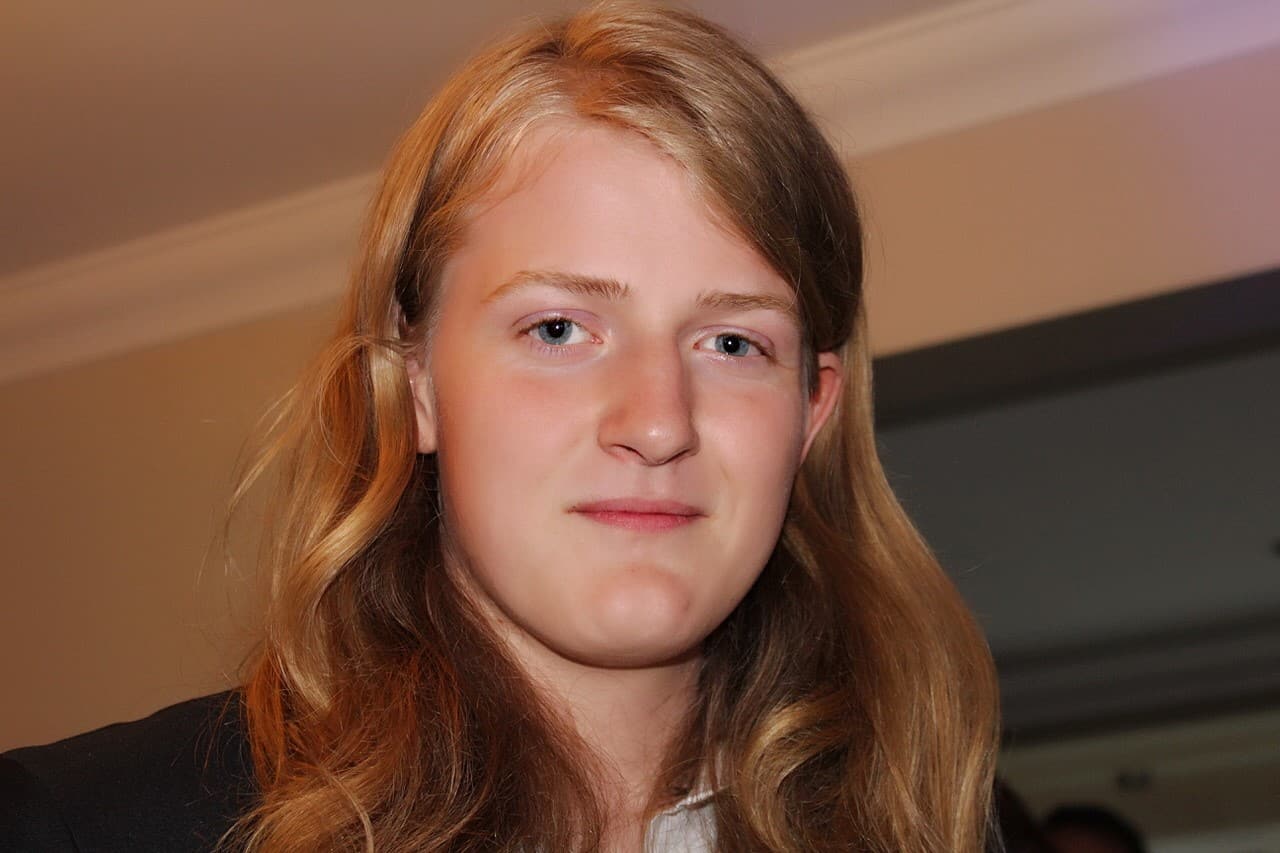 Mummy is not a serious person. I suppose I should have been stung by that remark, but instead I was rather pleased. Certainly now, trying but totally failing to understand a word I was being told, I had to admit the veracity of it.

At least the shiny cistern before me is reflective, so that, canary like, I can amuse myself while the grown ups talk. I did get some words, like ‘bath’. Marvellous things, baths, particularly good for exfoliating before a spray tan, which incidentally I must book before I wear these trousers again.

James loves his plumbing course. He murmurs the names of joists and cladding as though they were poetry. How can a person that fell out of me be so utterly alien?

I’m thrilled he’s found his place in the world so readily – Lord knows, I’m still working at it – and I’m thrilled too he’ll soon be earning a fortune. But how can this boy I’ve worshipped, read to, sung to, carved and crafted like a precious artwork, have less in common with me than a stranger?

Later, I have a private chat with James’ tutor. His praise for my son is so fulsome I blush. He’s a natural, a leader, they feel privileged to have him. Yeah yeah.

And then I hear:“When he gave a presentation to the class, my goodness it was like having Shakespeare in the room! Fluent, confident, eloquent, flawless, and doesn’t he love the limelight? We couldn’t shut him up!”

“You’re making him sound a vile, obnoxious, arrogant little attention junkie,” I say. Then I freeze, and resist the urge to embrace the man and squeal for joy, at the sudden, certain knowledge that a little of me must still reside in my beautiful, baffling son.