Eighteenth birthday boy Nathan Stoute claimed a try on his first team debut after fellow teenager Reece Houghan had also scored his first try for the first XV in only his second start. Their combined ages didn’t match that of veteran Gareth Redmond who answered a very late call up to ensure Wanderers had a complete squad.

The hosts had had a poor start to the season but produced a strong performance on Saturday that almost caused a form upset. There were no early signs of this as after a minute Peter Macaulay made the most of a small gap to touch down before on ten minutes Hougham showed good pace to open his first team try account. Nick Herbert’s conversion made it 12-0. His chip then set an attacking position and smart work from a line-out ended with No 8 Andy Letts peeling off the back of a driving maul to make it 17-0 after 25 minutes.

Park House were now battling and it took a decisive tackle from Captain Brett Scott to rescue a dithering Thanet defence. Hougham had shown really well for the first 30 minutes, particularly at the break down, but in making a tackle he now suffered a dislocated finger which ruled him out for the rest of the match. Redmond replaced him in time to witness a strong Park House surge end with a try for the powerful home Number 8.

Thanet spent most of the remainder of the half in the home 22 with first Neil Wakefield held up and then a disappointed Macaulay denied a double after what he was confident was a touch down. In the final play after a scrum in front of the posts Redmond was knocked back as he dived towards the line.

Thanet attacked from the kick off to the second half and after good work from the forwards Scott was the one to claim the try and bonus point. Herbert made a good conversion and Wanderers led 24-5. Park House now pressed hard and Isaac Roe’s good mark under pressure stemmed one attack before more defensive indecision set an attacking home scrum. The referee was quick to award a penalty try and the hosts’ tails were up.

Letts had been forced off earlier with a persistent nose bleed and replacement Dave Lemon was prominent in defence but Park House scored a further try which together with a penalty minutes later brought them within score of the lead at 24-20.

Scrum Half James Langridge after a typically combative performance had been forced out of the game with concussion with Redmond slotting in at 9 to form a combined age 90 years old half back partnership with Macaulay.  Wing forward Warren Riddell-Broomfield furthered his rugby experience with a spell at wing three-quarter where his tackling ability was invaluable. Herbert kicked a penalty to soothe the nerves of the many travelling Thanet supporters before Scott led by example to secure his brace after good interaction with Macaulay whose long pass opened up space. 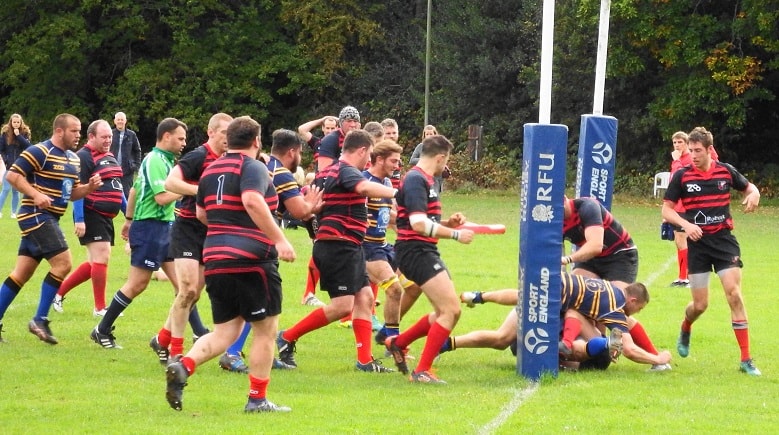 Letts now returned after an effective cameo off the bench from Danny Clement. With fifteen minutes remaining Macaulay’s well timed pass opened things up for Stoute who pinned back his ears to race in for his debutant’s try. Herbert’s conversion attempt from wide right bounced back off the post but Thanet led 37-20. There was some great defence from the depleted and battered Wanderers with Stuart Plumridge outstanding but they were unable to prevent two further unconverted tries from the Park House forwards before the final whistle at 37-30.

Head coach Tom Carlier praised his team for ‘winning ugly’ but emphasised the need to play  consistently for 80 minutes. There were strong performances from the engine room of Kieran Wright and Adam Gaddes and props Joe Carlier and Jay Sanford lasted well over a full eighty minutes. Hougham was a strong contender for man of the match before his early departure but on a landmark birthday the award went to Nathan Stoute for an excellent try and some excellent clearances and tackles. 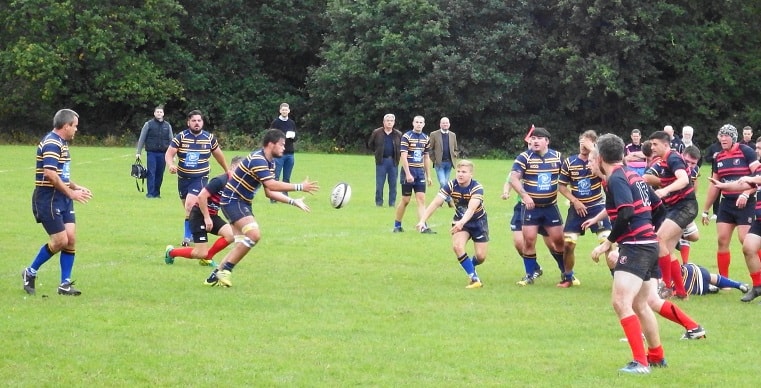 Wanderers talented Physio Monique Boorman had worked hard to help produce today’s squad and she was kept very busy during the game. Thanks are due to her for ensuring Thanet finished with fifteen players standing. She is likely to be just as busy this week prior to the visit of Folkestone to St Peters for a 3PM kick off (7th October). There will be a Sponsors lunch prior