A pup who went missing from Ramsgate last week has been found.

Border Collie Jack went missing from outside his home Vale Road on September 26. He then slipped loose from his harness in North Avenue and was last seen running up Effingham Street in the direction of Priory School.

Owner Naomi Kurt appealed for help on the facebook group Missing Dogs and Strays in Thanet and members carried out numerous searches in the area.

Finally, Jack was spotted in Joss Bay, almost four miles from the last sighting, and the facebook group members set about catching him using a trap donated by missing animals charity Harvey’s Army.

Group member Laura Sullivan said: “We were alerted to him being seen in Joss Bay in the cabbage field by North Foreland lighthouse on Thursday.

“His owner confirmed it was definitely Jack and we sat there Thursday night and saw him near the cabbage fields and again on Friday night in the same spot.

“The trap was paid for and donated by Harvey’s Army, picked up on Saturday and set up where Jack had been seen the previous two nights. A dedicated team of volunteers manned the trap Saturday from 7pm until 4am but unfortunately due to fireworks in the area he didn’t show up in that spot.

“We saw him further up and it was heartbreaking as we heard him whimpering and crying after probably being caught by the electric fence which protecting the sheep. S, ono Sunday plans were again made to trap watch from 6pm. We caught him at 9.45pm.” 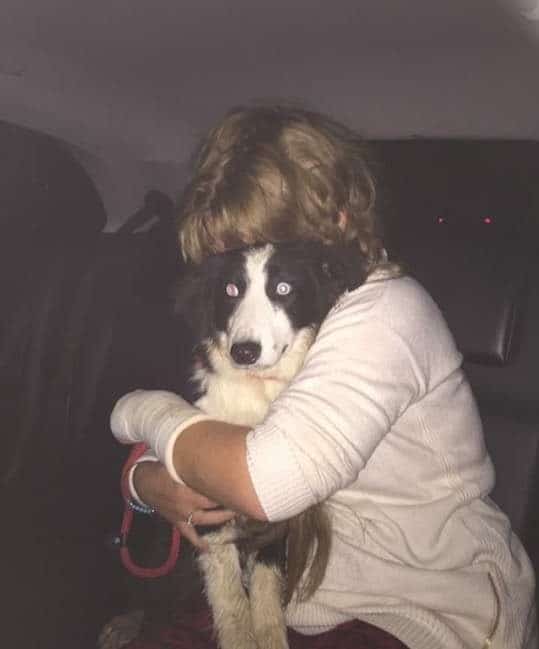 Jack has now been reunited with owner Naomi Kurt.

Naomi said: “(They are) the most amazing bunch of people I’ve ever met. Me and Jack are eternally grateful.”