There is something inbuilt in the British psyche that seems to motivate people to enjoy moaning, and is as ever-present in Thanet as it is throughout the country. Whether the complaints are about uncontrollable topics like the weather (always a popular favourite) or circumstances which are changeable, we Brits do love to moan.

Political rants appear to be growing in popularity, too. From general concepts of government and legislation to more Thanet-centric issues like the MPs or council that we as constituencies elected, everyone has an opinion.

One particularly volatile subject is people moving to the area. Although there is the obvious – and mostly inaccurate – talk of immigration (the figures are much lower than people think), a more notable concern of some in Thanet is the recent influx of Londoners (or DFLs, as they are un-affectionately known), particularly in Margate.

Having been born and raised in Margate, and then lived in Thanet for most of my life (other than a few years in my late-teens and early-twenties working jobs around the country), I have no problem with “outsiders” coming here. It is a wonderful place to live – this is the seaside, after all – and the microcosm of rural and urban, beaches and countryside, cross-section of classes, and diversity of residents makes Thanet an understandably enticing destination; so much so that I often write about it.

The big issue, especially in Margate, is gentrification. Now, I will admit that a small portion of “outsiders” are moving here to capitalise on the high yields available in the local property market, but that is a tiny minority. However, like all stereotypes, it is often the few that define the many in the eyes of others. It is unfortunate that some are so rash to judge.

The vast majority of people moving to the area do so because it is a pleasant and welcoming environment. Margate is, in some ways, a kind of diet-London. It is multicultural, creative, scenic, and has a bustle that reflects the capital whilst paradoxically retaining the relaxed pace that Thanet is renowned for. Broadstairs is often described as quaint, but it also has both a vibrant live music scene and a strong community feel.

Ramsgate, with its maritime heritage, has a great sense of history, yet is lively and contemporary. The surrounding towns and villages also each have their own identities, and all possess unique attractive qualities. Really it is no wonder people want to move here, but then they have been for centuries. 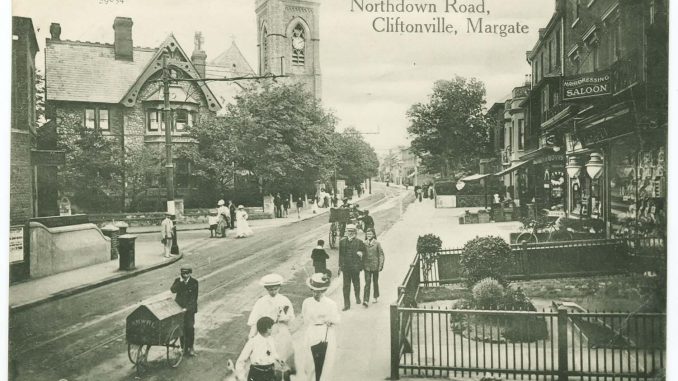 The truth, though often misunderstood, is that most “outsiders” are not gentrifying at all, but simply embracing their new neighbourhoods and trying to make lives for themselves, just like the people who already reside here. There is a world of difference between gentrification and regeneration.

Take Northdown Road, for example, which is currently going through a well-deserved renaissance. The owners of Transmission – a vinyl record store – refitted the shop front by following old plans, restoring it to the same design as half a century ago, to great effect. 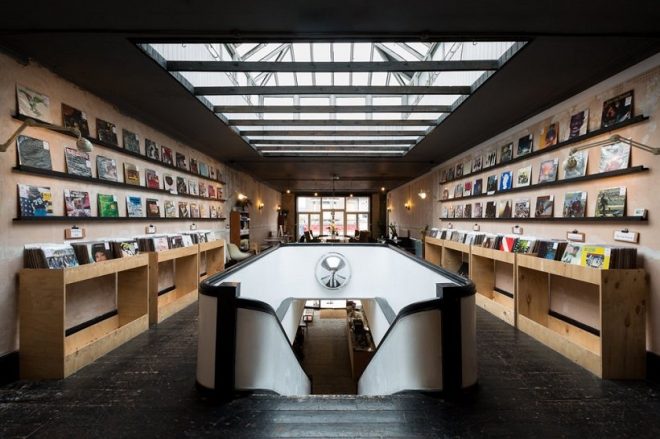 Cliffs have rejuvenated a once-almost-dilapidated building and created an excellent multifaceted space (incorporating a café, record store, yoga studio, hair salon, plus more) that is frequented by people from miles around.

The people behind Margate Arts Club – itself a great injection of culture into the street – are setting up Northdown Studios, a huge rooftop space with a balcony and turret containing artists’ studios and communal project spaces that will continue to solidify Northdown Road as a community-focused creative hub. These and many others (such as Lovelys, Batchelor’s, or The Grain Grocer) are committed local business owners working to support each other and the road on which they all dwell.

This is a mix of old and new businesses run by people from all different backgrounds, and their combined efforts have, in a mere couple of years, changed the street from somewhere often-avoided to a key artistic destination. That, if anything, should be applauded.

An unfortunate by-product of making things better is that costs go up: the more desirable an area, the higher the demand. If the supply remains the same, but demand increases, then prices climb. This is not a conspiracy, nor gentrification; just basic economics. Even though some landlords and developers are exploiting this, it is a side-effect of positive community growth, not the other way around. The issue we should be addressing, rather than “outsiders” moving in, is ruthless opportunists taking advantage of regeneration.

This column was not intended to be me moaning – despite my opening paragraph – but instead a reflection on what is really happening in our area. Positive progress and community empowerment are not topics to complain about, but rather ones to embrace. These “outsiders” that are coming here, helping to make things better, should be welcomed. Many longstanding locals – whether they were born here or not – have been working hard to improve areas like Cliftonville for much longer than many realise, and the support and investment of those newly arrived has helped galvanise that process exponentially. That cannot be a bad thing.