Around 40 residents of two care homes in Westgate that are being shut down have until October 30 to move, according to a letter sent out to relatives.

Orchard Care Homes announced to staff and families last week that Norfolk House and neighbouring Ashbury Court were to be closed for ‘financial reasons.’

According to sources staff were told they faced redundancy in a meeting just 15 minutes before families were told of the situation.

The short time span to find suitable accommodation is proving traumatic for many of those affected.

Lynne Gill, from Westgate, must find a new home for her mum, Val Rose.

The former nurse is 89 and living with dementia. Norfolk House, where Val has been for the past three years, was chosen partly because it is in Westgate, close to the family.

Mum-of-two Lynne says she is now worried her mum could end up miles away because all of her income from her house has been spent on care and payments are now topped up by Kent County Council.

Lynne, who works at Christ Church University, said: “I got a phone call Wednesday to come to an emergency meeting but I had work commitments. So, I called and everyone was in shock, the owners had turned up and said they were closing the homes with immediate effect and were working with KCC to find alternative care.

“To tell us we have got to find somewhere in four weeks, it’s just crazy. My mum had a property and had to sell it so she could be fully funded but that has all now been spent on care. Now mum’s pension goes to the care home and KCC top it up.

“It means we are now limited on choice because we can’t afford private health care leaving us in the hands of KCC. I’m worried they will just tell us where Mum is going. I want to say where she will go but I can’t tell them how much money to spend. It’s just awful. 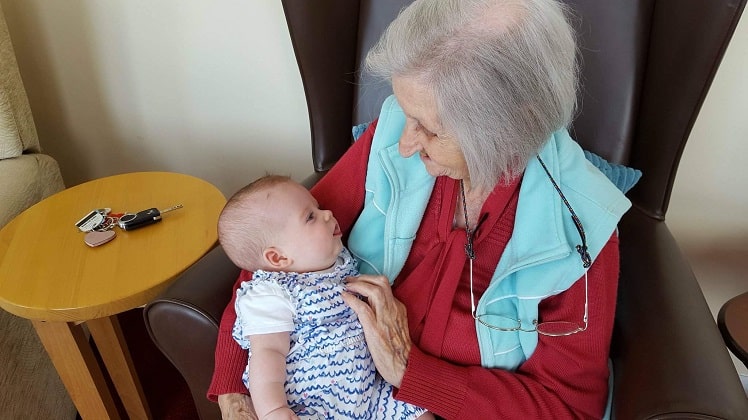 “My mum has been at Norfolk House for more than three years and it’s home. The staff are lovely and work hard for not much pay, they were in tears.

“Now we have to find somewhere else and try and settle Mum in. It is going to be traumatic when we have to move her. It’s upsetting for everyone.

“This is all because they weren’t making enough money, especially in Norfolk House where they evacuated the top floor, where my mum was because I wanted her to have a  sea view, because the fire escape failed regulations. They  lost the money from that, some people paying £1,000 a week, and it is no-one’s fault but their own.

“I’m still in shock that they can just do this.”

Orchard Care Homes say the decision for closure is based on financial viability.

In a statement, the firm said: “This is not a decision we have taken lightly.

“The homes require significant and long-term investment to bring them up to the standards we demand as a company, which is not financially viable.

“We have explored all available options, including a sale, but have concluded that closure is the only feasible option.

“We appreciate this is a difficult time and we are already working closely with residents, their families and the local authority to ensure the transition to new homes is as smooth as possible.

“We are consulting with the staff and will support them in finding new employment.”