A large load, being escorted by police,  caused a temporary backlog of traffic in Nethercourt, Canterbury Road East, heading to the A256 this morning (September 25).

A second transformer is due to be transported tomorrow (September 26).

The road is on a rolling closure between A299 Lord of the Manor Roundabout and A256 Richborough Way today and again tomorrow – expected to be between 10am and 11.15am. There is no alternative route but the road will be reopened at each junction as the load passes through, meaning minimal disruption. Bus services have been notified. 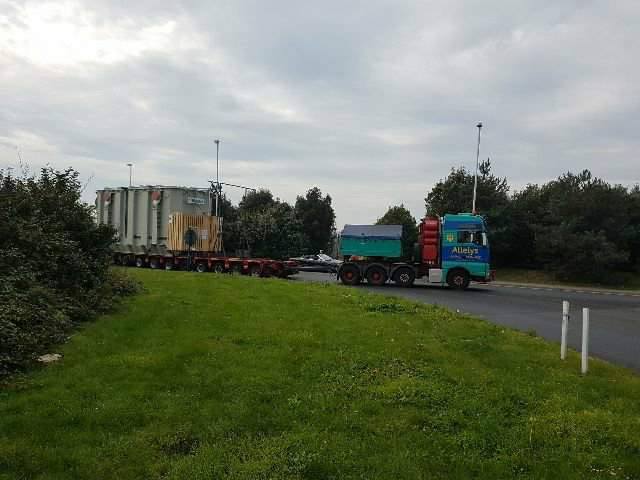 As part of the converter station construction at the Richborough Power Station site, the Nemo team will be taking delivery of four electrical transformers.

The transformers arrive from Nuremberg, via Rotterdam, into Ramsgate with the first now being transported to the site, the second tomorrow, the third following in November/December and the fourth in early 2018. 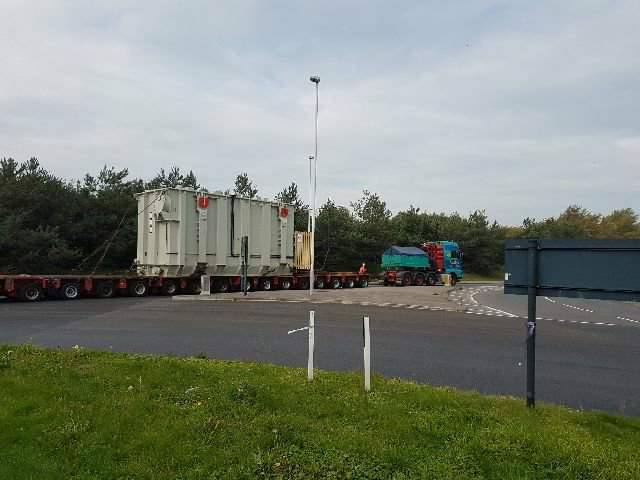 Due to their size, the delivery vehicle route has been agreed with the local highway authority. 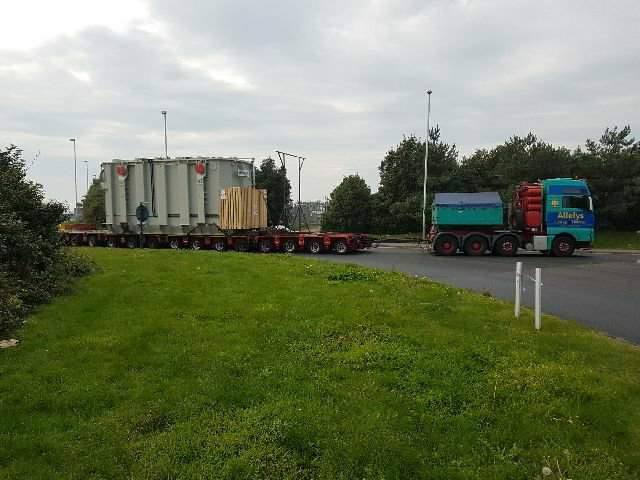 The Nemo Link project involves subsea cables coming ashore at the service station area at Pegwell Bay, close to where the Thanet Offshore Wind Farm cables come ashore. Once onshore, the underground cables will be routed through the Pegwell Bay Country Park and beneath the road from BayPoint Sports Club to the Richborough site.

The aim is to provide the UK and Belgium  improved reliability and access to electricity.