It was business as usual for the many mini and junior Thanet Wanderers and their coaches and parents during the rugby club’s open day last Sunday (September 17).

Potential players and their families, who took up the open invitation to come and see a typical Sunday morning, can only have been impressed by the enthusiasm and enjoyment of the youngsters and the patience and care shown by their many qualified coaches.

On the second and third team pitches good early season form was shown in two matches played by Thanet’s teams against their Dover U12 and U13 counterparts, whilst some impressive coaching sessions were in progress for other age groups elsewhere. Because of the security alert the detachment from the Princess of Wales Royal Regiment was unable to attend but Thanet council’s inflatable pitch was on the first team pitch. 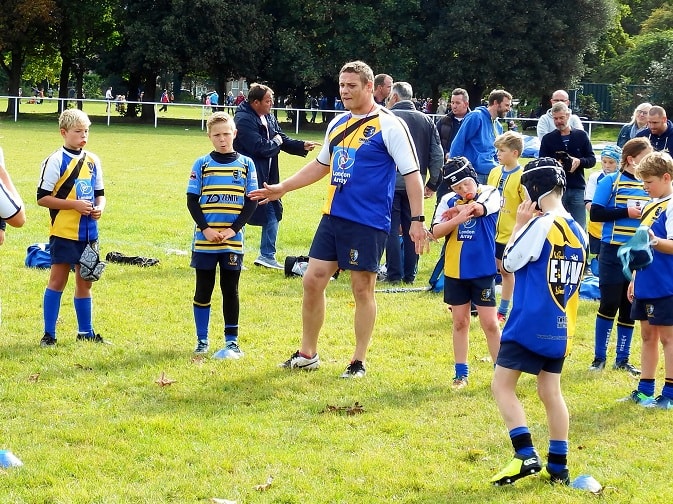 Interested youngsters can join a couple of training session to confirm rugby is for them without prior commitment and for those senior members who haven’t yet enjoyed the junior games on Sunday mornings please do so in this coming season. There have been some epic contests full of skill and commitment in recent seasons.