An application by Dreamland administrators to demolish buildings adjoining the amusement park has been granted against the planning officer’s recommendation.

The derelict buildings at 10-14 Belgrave Road will be knocked down and the area fenced off.

The application on behalf of Benjamin Wiles, for administrators Duff & Phelps, was made for the front of the properties which sit in a conservation area. The buildings are among the sites bought by Dreamland prior to the reopening in May this year. Investors Arrowgrass, which own more than 98% of shares for Dreamland, have a charge on the properties.

There have been complaints of drug use and fires at the site. 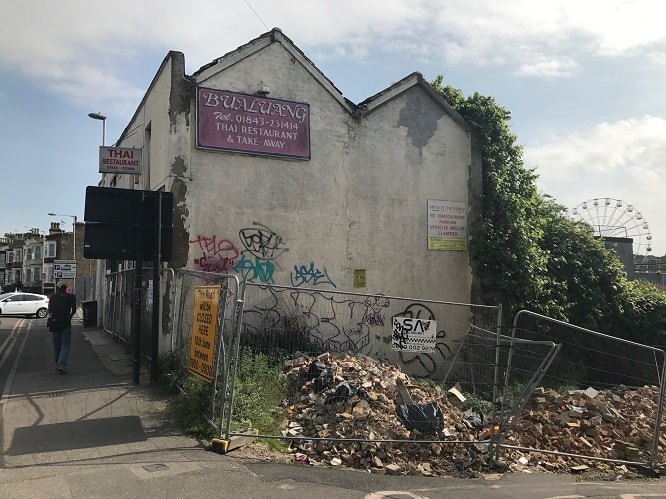 Part of the building at the rear of the site is outside of the conservation area meaning no planning permission is needed for the demolition of that part of the property.

Planning officers objected to proposals to knock the former Thai restaurant down, saying: “The loss of the buildings which are the last of the buildings from the previously historically built up frontage along this part of Belgrave Road (irrespective of their poor state of repair) and the subsequent creation of a gap, tarmacked surface and installation of 2m high palisade fencing is considered to be detrimental to the character and appearance of the designated heritage asset – the conservation area. 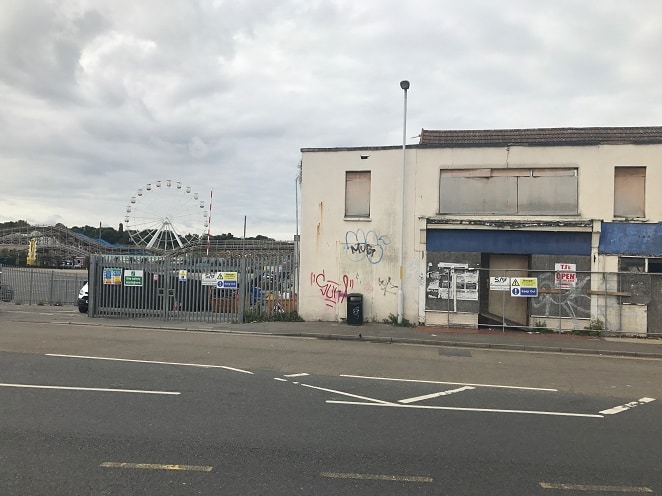 “Whilst it maybe the intention for a scheme to come forward in the future on the site, this cannot be a requirement of the demolition. As less than substantial harm would occur, it falls to weigh the public benefits of the scheme against the harm to the designated heritage asset.

“In this instance it is considered that there are minor short-term benefits from removing a building in a dilapidated state, it is not considered that the permanent harm to the character and appearance of the conservation area is outweighed.  It is, therefore, recommended that the application be refused.”

But structural engineers advising planning agent John Elvidge said the site is unstable. He said: “The buildings are in an extremely poor state and in fact are unstable. Therefore, if some of the building was to come away and either cause damage to a neighbouring property or more seriously cause injury to a passer-by, who is responsible?” 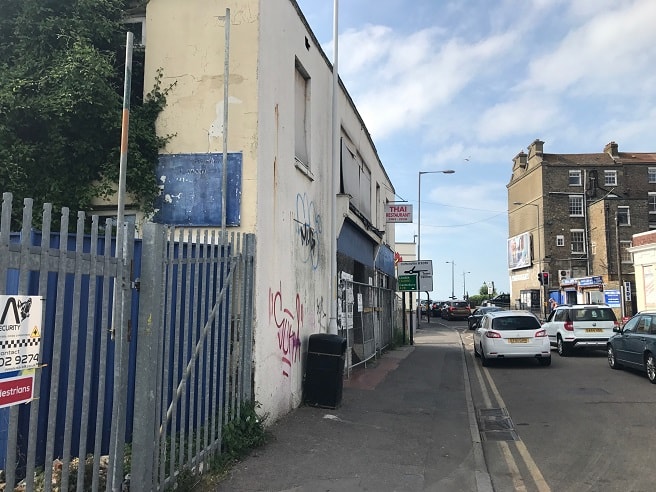 He added: “The former restaurant at 10 – 14 Belgrave Road, along with a building to the rear, has been vacant for years and have become a derelict eyesore.

“As it is the first thing that is seen as cars turn the corner from Marine Gardens and approach the Dreamland car park entrance, and is also in plain view when approaching from the south, it was considered essential that this eyesore be removed, particularly given that this entrance will also form the primary entrance to the new event space being created immediately adjoining the car park.”

Councillors at a planning committee meeting last night (September 20) agreed and permission to demolish was granted.