Thanet council has asked people to keep hold of their litter and dog waste until they find another bin, or take it home with them, following complaints of overflowing public bins across the isle.

During the weekend scores of people took to social media to complain that waste was piling up and bins were not being emptied.

A council officer told one of those who complained that a request has now been logged for bins to be emptied “as soon as resources allow” and for them to be emptied on a more frequent basis.

Cllr Lin Fairbrass, Deputy Leader and Cabinet Member for Environmental Services, said environmental teams had been busy at the weekend with additional work due to the isle’s Great British Beach Cleans.

She added: “Despite the summer season coming to an end, the area has remained busy. Bins throughout Saturday and Sunday were cleared by the teams on duty but, at hotspot areas, certain bins did fill up quickly.

“We are always reviewing our resources to ensure we fulfil the street cleaning requirements across Thanet and, as part of this, have added extra, and larger, capacity bins along the coastline. 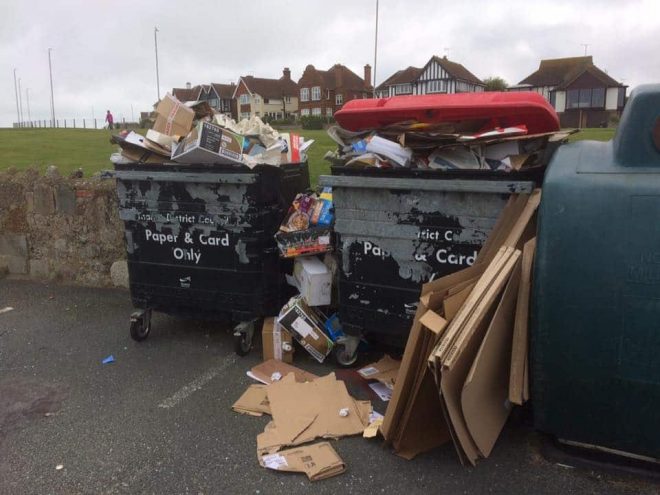 “ This weekend, our teams were also allocated to removing the waste collected by over 100 volunteers who helped clean up Thanet’s beaches as part of the nationwide Great British Beach Clean.

‘All play a role’

“We can all play a role in keeping Thanet the clean and welcoming environment we all want to see. There are nearly 400 waste bins – including dog bins – in Thanet and we encourage members of the public to look for another bin nearby if the one closest to them is overly full, or to take their litter home with them. Bagged dog waste can also be added to any public little bin.”

The council has invested £5,000 into the project.