Four electrical transformers due to arrive at Ramsgate Port this month will be transported in phases to the former Richborough power station site.

The equipment is to be used for the Nemo Link project – the laying of high voltage electricity cables under the sea between the former Richborough Towers site and Herdersbrug in Belgium. 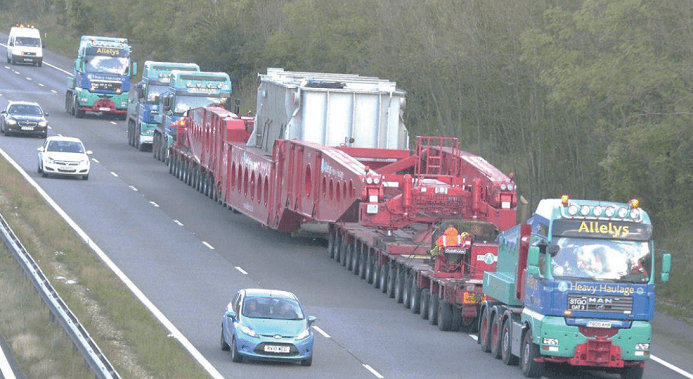 Nemo Link will consist of subsea and underground cables connected to a converter station and an electricity substation in each country, which will allow electricity to flow in either direction between the two countries.

The site for the converter station and electricity substation in the UK is an 8 hectare area, formerly occupied by the Richborough Power Station, which now forms part of the Richborough Energy Park.

A converter station converts electricity between Alternating Current (AC) and Direct Current (DC). AC is used in each country’s transmission systems, while DC is used for sending electricity along the subsea cable route.

The cables come ashore at Pegwell Bay before heading south through Pegwell Bay Country Park, Stonelees National Nature Reserve and BayPoint Sports Club. The route then goes under the A256 by way of a Horizontal Directional Drill into the new Richborough Converter station, where the cables end.

Decommissioning of the power station started in 1996 when much of the site was cleared leaving the turbine hall, accommodation block, chimney and cooling towers. The cooling towers and chimney were brought to ground level in a controlled explosion on March 11, 2012.

Hundreds of people gathered to watch the controlled blasts as the landmark three 97m cooling towers and  single 127m chimney stack were razed to the ground.

Nemo Link was granted planning permission from Thanet and Dover District Councils for the construction of an electricity substation, a converter station and underground cables between Richborough and Pegwell Bay in December 2013.

Throughout 2016, work removing below ground structures and placing a coarse aggregate surface finish ready for installing the new foundations and over 800 piles took place.

This included the deconstruction of the relic steel structure which once housed the Turbine Hall of Richborough power.

Contractors  removed approximately 1000 tonnes of steel one piece at a time. These segments were then broken down into manageable pieces at ground level and removed from site for recycling.

The site now awaits the electrical transformers as the next phase in the scheme.

The Central Electricity Generating Board started construction of the Richborough power station in 1958, with Unit 1 coming online in December 1963, and Unit 2 following in August 1963. It opened as a 342MW coal-fired station, using coal from Kent and other coalfields. 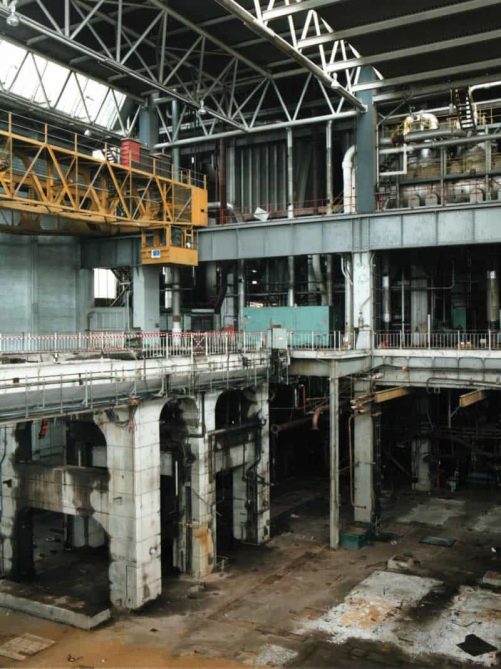 It was converted to burn oil in summer 1971 and further converted in 1989 to burn a proprietary oil and water emulsion called Orimulsion.

The site was also chosen for an experimental 1MW wind turbine, which was at that time the largest ever installed in the UK with permission given in 1987, and the turbine becoming live in 1989.

After growing concerns over the environmental effects of the Orimulsion fuel in the main power station court action was taken in two separate actions, with both cases settled out of court. the 360MW station ceased generating in 1996.

Following the plant closure, the majority of the equipment was removed during a strip out programme, which also saw the demolition of a number of the buildings, leaving only a few outbuildings, the office block and the landmark cooling towers and chimney standing.

The towers and chimney were the brought down in 2012.

The power station can be seen in several scenes of the 2008 film Son of Rambow, and was the location for the 2003 Channel 4 television series Full Metal Challenge.