During the meeting on September 13 at Salmestone Grange the Salmestone Ward Residents Association was formed.

Those at the meeting included councillors from Thanet District Council and Kent County Council.

The depth of feeling from members of the ward who feel that the authorities are letting them down in the way they react to problems that are reported to them was evident. Some said  they are so disillusioned they don’t bother reporting things like petty crime and rubbish because they know there will be no response. 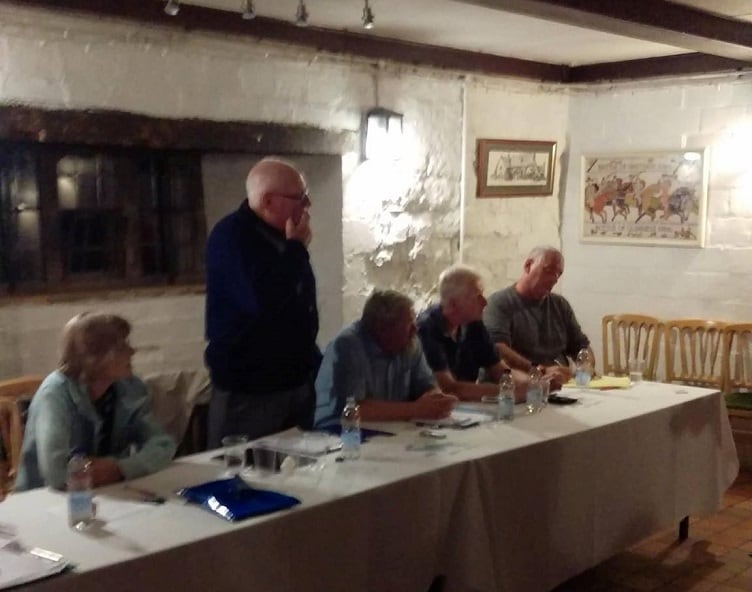 The aim of the 11-strong committee is to be able to contact the responsible people or departments at Thanet District Council, Kent County Council, the police, and any other organisations involved, and get answers as to why the same complaints keep cropping up, and why nothing seems to done about them.

After the committee had been voted into office, various problems and worries were bought up by the members of the public.

There was a lively discussion on the problems that will be caused by the proposed development between Nash Road and Manston Road; the lack of places at dentists, doctors and waiting times at the hospital which would only get worse with several hundred people coming into the area, together with the extra weight of traffic involved.

Other problems mentioned involving the ward included the amount of rubbish on the streets and in the parks and lack of efficient street cleaning; parking problems in the area, especially around schools and the hospital; criminal damage to property and vehicles in the area and overflowing bins.

A suggestion was put forward that a Neighbourhood Watch scheme should cover the area. These are all areas which the committee hope to be able to address to improve the quality of the ward.

Committee member John Finnegan said it was a good turnout but called for ward councilor Peter Evans to step down after he failed to put in an appearance.

He added: “The two areas under discussion, prompted lively discussion and reinforced my belief that together we can achieve our aims. Please continue to give us support we received last night,  your views and concerns, join in our planned social events and help us to turn Salmestone ward into an area we can all be proud to live in.”

“It has a dedicated e-mail address: swra@uymail.com and any e-mails sent to that address will be forwarded to the relevant member on the committee that deals with the problem mentioned.”