A man who had worked with Thanet council on street art projects to combat graffiti has been prosecuted for criminal damage.

Vince Pugh, from Dunstan Avenue, Westgate, admitted causing 23 pieces of damage including spray-painting of a distinctive ‘Grumpy’ tag after becoming angry that Thanet council had painted over some of his street artworks.

The warning means the offence is registered and if Mr Pugh comes before the court on new charges he will also receive an addit6ional penalty for these crimes.

Thanet council, which brought the prosecution in August, also put in a claim to recover the public money spent on the damage with the court awarding £2070 to be paid to the authority by Mr Pugh.

Mr Pugh admitted to the charges but told Thanet Magistrates he did it because he was angry at the council for painting over other pieces that he considered artwork.

Mr Pugh, 39  was the artist behind the stunning mural opposite Marine Gardens in Margate to 16-year-old Taiyah Peebles, who died in July on tracks at Herne Bay rail station.

Part of that work – although not the main mural – had been painted over by Thanet council. An officer said the images on the side walls of the main painting had been tags and that is why they were removed.

The whitewashing had raised fears that Taiyah’s mural would also be removed but Thanet council said this would not be the case as it was painted with permission, something Mr Pugh disputes.

Mr Pugh, who is a friend of Taiyah’s family, said: “I just couldn’t understand them painting over everything and then emailing to say if anyone paints they would get arrested even though they’d given a good year of letting people paint over derelict boarded up shops, which look terrible, especially to tourists.

“Margate is supposed to be an art town and the council seem to be against street art.”

The council had previously appealed to the public asking them to be vigilant as well as requesting that the person responsible stop committing the damage, which was most prominent in Margate’s Mill Lane car park.

Anonymous tip offs and CCTV caught Mr Pugh which led to the prosecution and charges brought against him.

Councillor Lin Fairbrass, Deputy Leader of the Council and Cabinet Member for Community Safety & Environmental Services said: ‘’On behalf of the council I would like to say how disappointed we were that Mr Pugh sought a personal vendetta, damaging public spaces which had an impact on other people’s quality of life.

“This not only took up valuable resources to clean up the illegal graffiti but also affected other works and funds that could have been used for other community schemes. 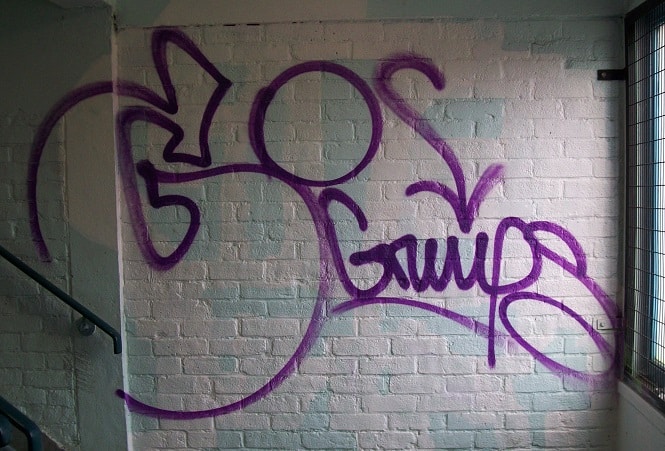 “The council has worked proactively with local artists, including #StreetArtMargate to support art in agreed locations and where the landowner had given consent. The council has to make sure it balances the interests of the wider community and those pieces which are offensive, obscene or in unauthorised locations will be removed immediately.”

Every piece of graffiti costs the council over £200 a square metre to clean up by either removing or painting over – an average of £22,000 a year.