A lack of doctors and increased patient numbers following the axing of services at Canterbury, have been blamed for a Birchington mum’s 16 hour wait for treatment at Margate’s QEQM accident and emergency department.

Mum-of-three Hayley Press, 34, was taken by ambulance to A&E at 10.30pm on Sunday on the advice of a doctor.

Hayley, who has health issues including bulging discs and thyroid problems, was suffering severe neck pains and was unable to open her eyes because the light made it painful.

When she arrived at A&E Hayley was moved to the walk-in area and that is when her epic wait began.

She said: “I was sitting there all night, I just had my blood pressure taken, nothing else. 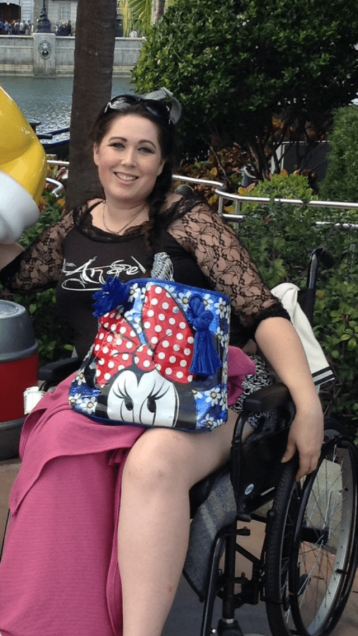 “Then I was seen at 6.30am and told to go home. I’d had no tests and was not in a fit state to go home and look after three children. I was in a lot of pain and crying. A nurse had shouted about who needed to be ‘got rid of’ which upset me, it was like they just needed to get people out the door and free up beds.

“I pushed for tests and explained that the doctor had sent me, that the ambulance crew had said something was wrong. After the shift change I was given a CT scan but it didn’t show what was causing the pain.

“I was in a chair with no back and it got so bad that I couldn’t hold my head up anymore and, at about 2pm, I had to get help to get on the floor to lie down.

“Then I was sent to a different unit where they deal with the brain and nerves and the doctor gave me a prescription for Diazepam. I’m already on the maximum painkillers you can take, I just wanted to know what was wrong with me.”

Hayley was discharged at 3pm on Monday but still does not know what was causing her symptoms and has continued to feel poorly.

She said: “There were other people waiting all night, one lady who needed a catheter taken out who was eventually taken to Canterbury, an old lady stuck in a chair all night on her own, lots of people were trying to sleep in the chairs.

“I didn’t know what was going on and no-one was listening to me even when I broke down in tears.”

Hayley says one nurse told her they were so short-staffed that they had been working a 12 hour shift without a break and did not have the facilities to cope.

Sally Smith, Chief Nurse and Director of Quality at East Kent Hospitals University NHS Foundation Trust said the hospital is currently having to use temporary staff to cover doctor’s posts and is treating, along with Ashford., up to 13 extra urgent patients every day that are being brought from Canterbury following the scaling back services at the K&C Hospital. This took place after it was revealed that trainee doctors were to be moved to Margate’s QEQM Hospital and the William Harvey Hospital in Ashford due to a shortage of consultants to oversee them at Kent and Canterbury.

Ms Smith said : “We are very sorry to hear that Ms Press has concerns about her care.

“We currently have some staffing difficulties, with a number of doctor posts being covered by temporary staff. The department is also looking after an additional 10 to 13 urgent patients a day following temporary changes to services at our Canterbury hospital. 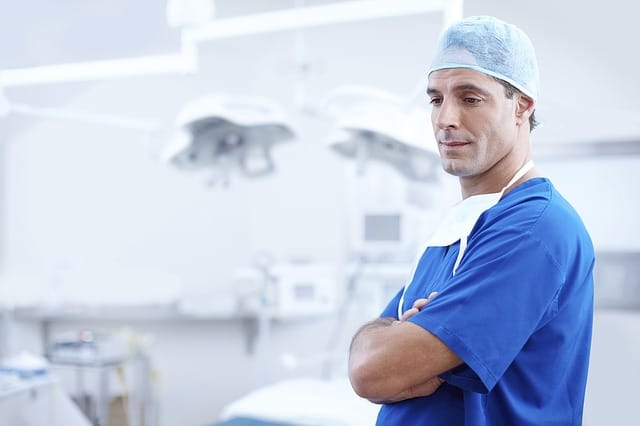 “We have recruited a number of new doctors, who will be starting at the department in the next two months, and we are putting in place several measures to ease the congestion in the A&E.

“These include some building work to increase the space available to see people and provide a better environment for sick or injured patients. We are also identifying patients who can be appropriately treated in other areas of the hospital and are working with other NHS and social care organisations to provide urgent care that doesn’t require hospital treatment in different settings.

“We are monitoring quality and safety carefully, but waiting for a long time is not the standard of care we want to provide, and we are working hard to improve.”

The Trust will be joined by 10 new emergency doctors in the next two months. It is hoped this will deal with A&E waiting times for non-urgent patients, which have been high.

Doctor vacancies and some spikes in attendances are the biggest factors, alongside a need to transform systems within both the hospitals and wider NHS in east Kent.

A EKHUFT spokesman said: “ This is as the local NHS expected and planned for, but it is adding an additional challenge.”

Data released by NHS England today (September 14) shows 61.8% of patients attending the Emergency Departments in Ashford and Margate were seen, treated, admitted to a hospital bed or discharged within four hours in August, compared with 61.2% in July. The national standard for hospitals to reach is 95%.

The Trust’s overall position, which includes its minor injuries units, is meeting the four-hour standard for 70% of patients – the same as in July. This means around 400 people a day waiting fewer than four hours across east Kent out of 570.

Chief Executive Matthew Kershaw  said: “Staff are working extremely hard to care for patients but it is challenging, as we need to cover vacant posts with temporary staff, as well as wider issues with peaks in patient attendance and ensuring the entire local NHS is caring for patients in the right place at the right time, whether that’s in a hospital bed, in a community setting or at home. “

Nurses are aso being recruited and £800,000 will be spent on making the departments at Ashford and Margate hospitals more fit for purpose.

At Margate, the space for ambulatory care is being expanded so staff can see more people, with a combined surgical assessment unit. A separate area for children will be created and the mental health liaison service will be in place 24 hours a day by the end of September.