Thanet council is proposing to create a Public Spaces Protection order (PSPO) for alcohol control across the whole isle – with the exception of Monkton and Acol.

The PSPO will mean a restriction on carrying and consuming alcohol which is deemed to be causing, or may cause, anti social behaviour, when asked not to do so by an authorised officer.

Essentially is means alcohol – open or opened – being carried or drunk in a public place can be confiscated. Refusal to hand it over could result in a £500 fine.

If agreed, the PSPO will replace the Designated Public Places Order relating to alcohol control, which expires in October 2017, due to the introduction of PSPOs.

If approved the order will come into force on November 16 for three years.

An authorised person can require any person

To not consume alcohol or anything the authorised person reasonably believes to be alcohol, in sealed or unsealed vessels

To surrender anything in the person’s possession which is, or the authorised person reasonably believes to be, alcohol or likely to be used as a container for alcohol.

Any surrendered items are to be retained by the authorised person and safely disposed of as appropriate.”

Anyone who breaches the PSPO rules could be fined up to level 2 (defined as £500 by the UK Sentencing Council).

A Thanet council spokesman said: “The Community Safety team and Kent Police currently deal with antisocial Behaviour emanating from alcohol consumption which has a negative impact on the quality of life for residents and visitors to the District.

The PSPO is designed to give officers greater ability to tackle alcohol related anti-social Behaviour in the interests of the wider community, residents, local businesses and visitors to the area.” 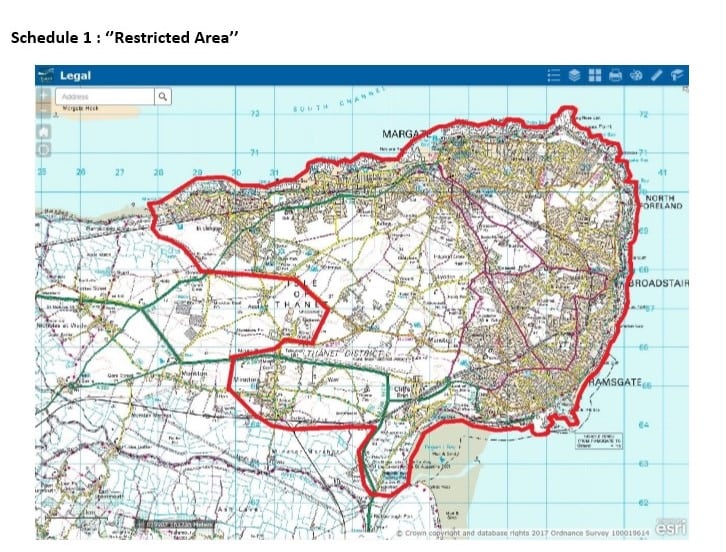 This latest proposal follows the recent consulation to impose PSPO areas that will either ban dogs completely or bring in strict on-lead rules from this October.

A public consultation on the measures opens today (September 12). Views can be submitted via feedback@thanet.gov.uk before 3 October 2017.

A decision on implementing the3 Public Spaces Protection Order for alcohol control will be taken by Cabinet on 16 November 2017.

A copy of the PSPO proposal can be downloaded here.