It is nearly time for the fortnight that all true Kentish beer lovers get excited about.

From September 22-October 8 it is Kent Green Hop Fortnight when the beer is brewed from fresh green hops.

The hops are picked and brewed within 12 hours – not dried as is more traditional – and so still contain many of the natural oils.

The hop flowers ripen in early September and green hop brewing can only happen during this harvest.

The fortnight will be celebrated on the isle with brews by The Ramsgate Brewery, headed up by Eddie Gadd, and The Four Candles in Broadstairs – which sources its hops from Eddie.

There will also be Green Hop Beer at the Broadstairs Food festival on September 29- October 1.

The Ramsgate Brwerey will be running a special green hops tour of its Broadstairs brewery on October 5 from 11am to 1pm. 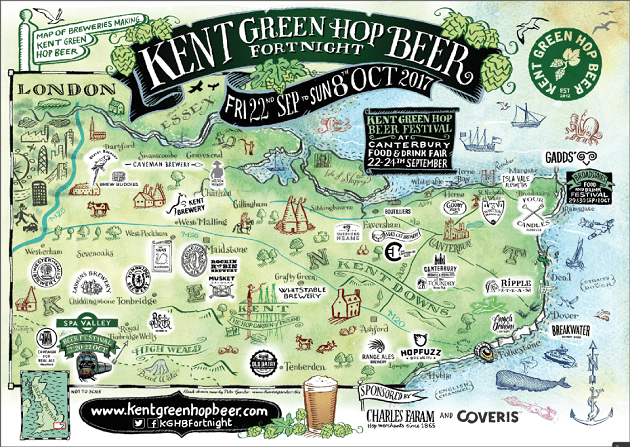 Find a list of green hop beers on offer here