I have – from time to time – been known to have a good idea. It’s comparatively rare, and I’m not entirely convinced that I can tell the difference between a good and a bad idea. I therefore approached a fairly bland-looking building on a hill in the outskirts of Folkestone one Saturday night with a certain degree of trepidation. I and a friend were about to walk on fire.

Fire walking is literally what it says on the tin; it’s the act of walking barefoot over a bed of hot embers or stones – in our case, the hot embers of wood.

Di (my friend who enjoys these adventures as much I do, no matter what she says) and I turned up just before 6pm on a dry and not-that-cold evening to find out just what the hell this was all about. First, there was a 90 minute seminar before being taken to face the flames. I was dubious; what the hell can we learn in 90 minutes about walking on fire, after all? I could summarise it in a single, rather pithy sentence; “Walk fast, don’t stop, and don’t fall over.”

Well, I will say this about Cliff Mann, the man in charge; he is a brilliant motivational speaker, a very clever presenter, and he clearly knows what he’s talking about. He helped us get into the mindset of fire walkers (oh yes, there’s a mindset), and got us thinking about the process of feeling the fear and doing it anyway – something we could all do throughout our lives.

Back to the fire walk itself. Cliff reassured everyone that in his 27 years of running them, no-one had been daft enough to damage themselves by taking silly risks or falling over; two notes I took immediately to heart and decided to listen to carefully. Despite my dyspraxia and my innate clumsiness, I resolved to stay on my feet.

I wish I could fully explain the seminar process to you, but I can’t; you really have to be there to experience the laughter, the shared sense of determination, and the way he really does make you think about your own preparation; it’s potent stuff.

Suitably trained, we were then walked down to the fire walk, a couple of minutes away from the interior room where we were being trained. As we approached, this is the sight I saw. 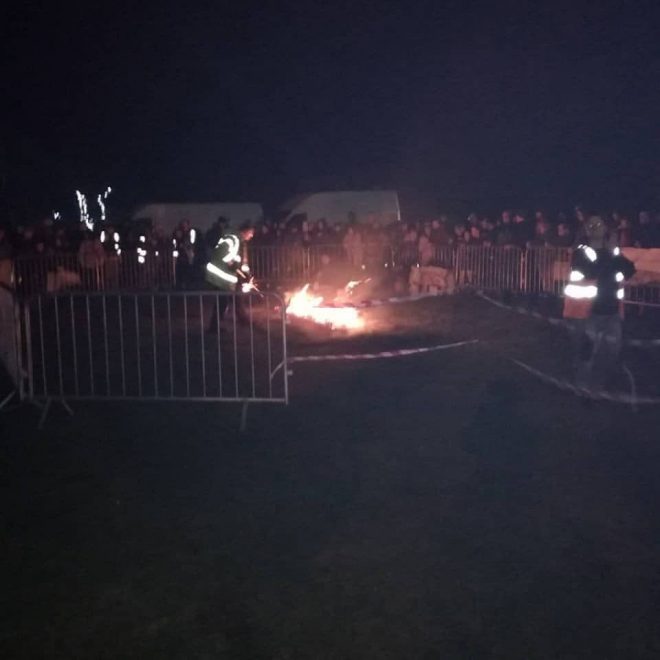 I was suddenly conscious of a deep-seated need to go for a wee, but my mind was refocused as we heard the cheers of the crowd around us, and we were allowed to stand round the fire and feel the intensity of the heat. And believe me, the heat was intense – Cliff told us a couple of minutes later that the temperature had risen to 900 degrees all the way through the embers. The desire to go for a wee had come back again. So would yours if you saw this close up; 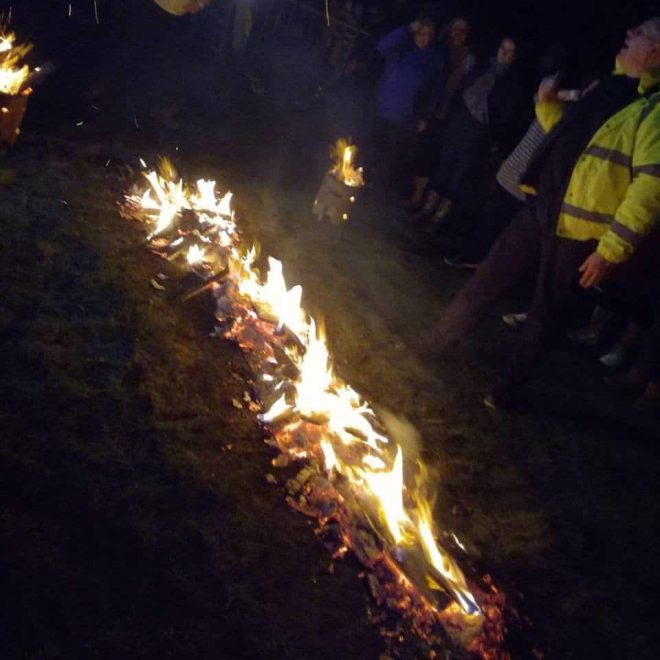 But then something strange happens to you when you’re there in the moment; you remember the seminar and the sense of power you’ve got from it and, as you take off your shoes and socks and are stood there with your friends and strangers all around you, a sense of calm overcomes you and you become focused on doing the deed.

My pal Di went first; she walked tall, steadily, and calmly across the fire. She didn’t hesitate, and was over before I could even get a picture of her doing it. I felt an instant surge of pride that my friend had succeeded, and been so cool and collected; and then I thought, “Well, if Di can do it, so can I.” You just can’t help yourself.

So I went for it.

I didn’t fall over, I didn’t trip, and I didn’t feel any pain; I felt a bit of heat, but it wasn’t painful. I’m sure if I would have stood there for even a couple of seconds, the flesh might well have started to peel off the souls of my feet, but I’m not really that stupid.

In the cold light of day, I vaguely remember breaking into a gentle trot half-way across, being paranoid that I was going to trip, but of course I never did. I emerged the other side without a single concern or worry, and both Di and I tried desperately to do it again, but the queues were too long to warrant that – a shame, because we absolutely would have done. 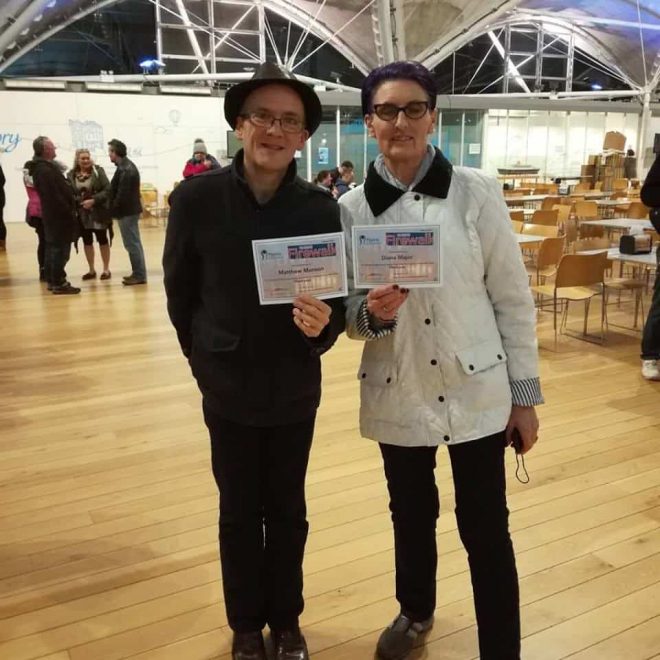 Oh, and to prove it, here’s us afterwards with certificates only given to people who have done the firewalk.