A thug who forced his way into a Margate property and repeatedly hit a man in the head with a hammer has been sentenced to nine years in prison.

Kyle Longley, 29 previously of Laleham Road in Margate, carried out the attack at around midnight on Saturday 28 January.

He was found guilty of aggravated burglary and sentenced at Canterbury Crown Court on Friday (8 September).

The court heard how the victim had been involved in a disagreement with a neighbour known to Longley.

As a result Longley went to the man’s house in the early hours of the morning and began to bang on his door.

When the man refused to open it Longley forced his way in and repeatedly hit the victim over the head with a hammer.

Despite his injuries the victim managed to force Longley out of his property and then called the police. 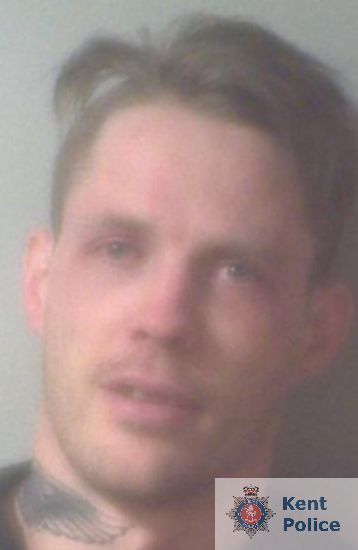 Investigating officer PC Neil Carroll said: “This was a nasty assault and a scary ordeal for the victim and his family.

“Longley has shown he is a very violent man who is willing to act aggressively and with no regard for life so I’m pleased he has received such a lengthy sentence and hope it shows other violent offenders that we will do everything in our power to ensure they are brought to justice.”