Stench, flies and rats are plaguing a Ramsgate block of flats due to uncollected rubbish, says a dad-of-two who is worried for the health of his small children.

Charlie-Rae Field lives with his wife Rhiannon and youngsters, one just three months old, in Archway House flats, set off of Queen Street.

The shop worker says the bins have not been emptied for five weeks and he and other tenants are desperate for action.

“For 4 to 5 weeks now our bins haven’t been emptied. The council has been contacted twice just this week.

“It’s disgusting, rats were in the flats behind so the bins, flies are buzzing round all day, it stinks and is generally just unpleasant.” 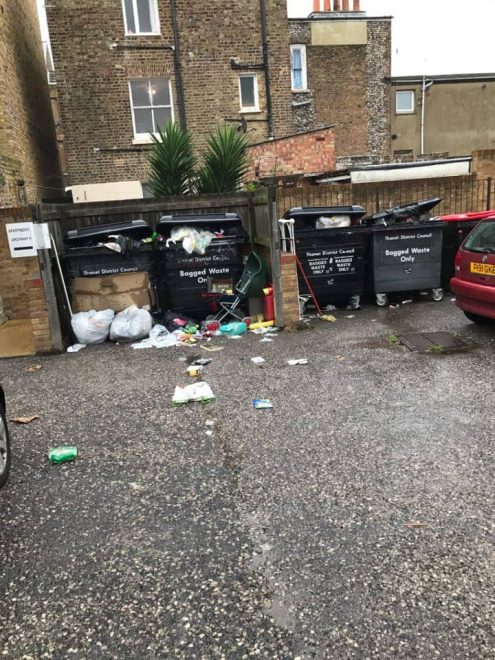 The block has ten flats, most with families.

Charlie-Rae said: “We have a three-month old and I’m worried about the rats and the disgusting mess. It is like a slum and Thanet isn’t a slum, I’ve lived here all my life and this isn’t how it should be.” 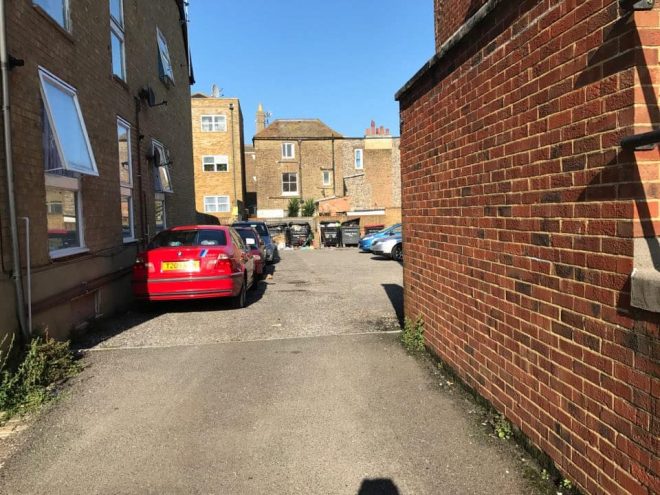 Thanet council said it is aware of the issue but is being blocked from emptying the bins because of badly parked cars.

A spokesman said: “Thanet District Council has been working hard to resolve an ongoing problem with bin collections at these addresses, which is due to parked vehicles blocking the road. These vehicles prevent our bin lorries from being able to access people’s homes and are why collections are missed.

“In instances when we experience access issues we make every effort to revisit the address several times throughout the course of the scheduled day of collection, and if access is still not possible we will then return as soon after but with a smaller vehicle. The council has carried out collections at this address with smaller vehicles on a number of occasions.

“In terms of dealing with the ongoing issue at this location, the council has placed notices on the windscreens of those cars blocking access and made requests for bollards to be put in place by the land owner, however the issues are still continuing.

“Residents should always remember that access issues for bin lorries are not only an inconvenience for those who do not receive their bin collection, but can also be extremely serious in the event of an emergency. Bin lorries are of similar size to a fire engine, and not being able to reach parts of a road is also likely to prevent emergency service vehicles reaching it too.”