A five-year-old from Margate has scooped seventh place in a world dance contest – less than a year after she first took up lessons.

Lilly-Mae Buckley, who is a pupil at AnEmate Dance, based in St Lukes Avenue, Ramsgate, beat hundreds of dancers in her age group during regional competitions to land a place at the UDO World Street Dance Championships in Glasgow last Sunday.

Despite only taking place in contests since April, Lilly-Mae, representing England, impressed the judging panel, taking 7th out of 24 competitors.

Proud dance school owner and teacher Leanne Bain said: “She qualified in June, placing second at the regional championship, and battled through three tough rounds at the world championships this weekend to make it to the finals, where she placed seventh in the world.

“Since she started classes she has improved phenomenally, she has just really taken off.”

The dance school, which opened its doors three years ago and has now competed in the UDO World Championships twice, was also represented by dancers Maddison Bain 6, River Woolford 6, Ava-Sienna Hoyle,6, and Sophie Aslett 7,  who all made it to the quarter and semi finals. And the school’s youngest dance crew, Screw Loose Lemons (pictured), were named as 17th in the world in their section. 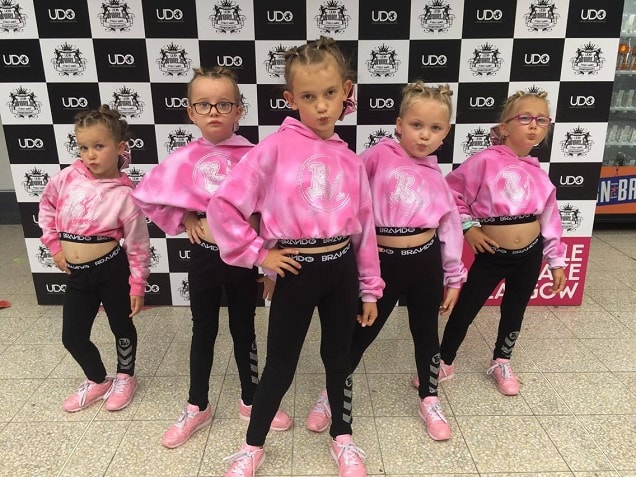 Leanne trained at dance college but an accident while working as a performer at Disney World when she was 19 caused a broken back, ending her career on stage. She took up teaching and, along with fellow teacher Georgia Rowland Elliot, now passes her skills to the 50 pupils at AnEmate.

The pupils put in a lot of dedicated time to be able to take part in the championships. Leanne said: “They take regular classes, competition training classes and then rehearsals.

“It is a really huge achievement from such young local talent.”