A life-sized Antony Gormley sculpture is being installed today (August 18) on the chalk bed in front of Turner Contemporary .

The sculpture is being put in place at Fulsam Rock.

ANOTHER TIME is a series of one hundred sculptures and is identical to the 100 sculptures of ANOTHER PLACE (2007) which is permanently installed on Crosby Beach, Merseyside. The body forms are taken from 17 distinct body casting sessions that were carried out in 1995. 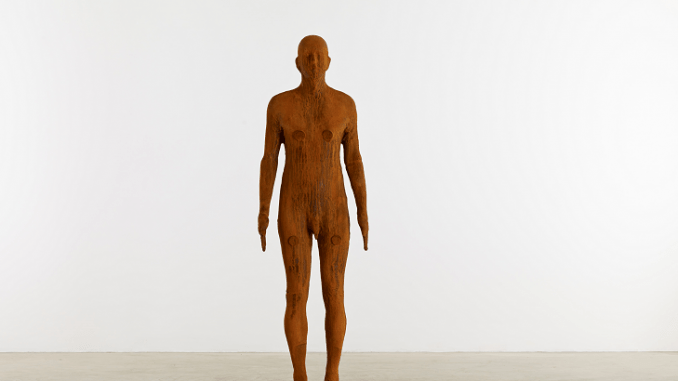 Each of the  individual pieces has been cast five or six times and shows the manner of its making – traces of cling film, mould joint lines, the sections of the plaster positive and the ingates for the molten metal are all clearly visible on the rusting surface.

The Margate sculpture will be the first time these particular casts have been exhibited.

The site chosen at Margate is in full view of the main windows of the Turner Contemporary gallery and is intended to make a connection between gallery and sea, time and tide, art and nature. It is purposefully connected to existing rocks that are covered at high tide.  It is also visible from the Harbour Arm, Rendezvous and the beach. 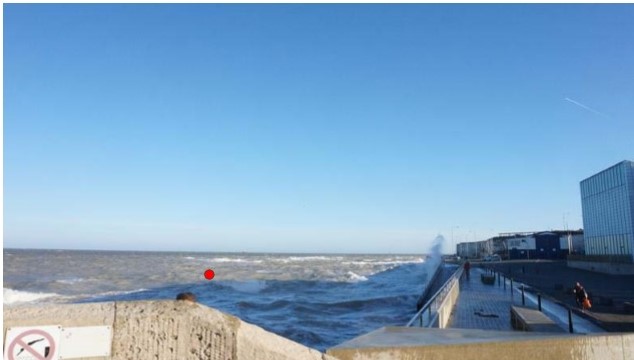 The sculpture, made of cast iron and weighing 650kgs, and the rocks, will be visible or disappear according to the tide.

The Sunley Gallery and first-floor balcony of the gallery will become spaces from which visitors can view and experience Another Time.

Crowds are already gathering for Antony Gormley's sculpture which will be installed in front of the gallery until November 2017 pic.twitter.com/NiTVaKftCp

Gormley's ANOTHER TIME has found a home in Margate! We now have a trio in Kent with two more figures in Folkestone for @FstoneTriennial #art pic.twitter.com/QNjWvftbso

A second Kent sculpture by Gormley

A second sculpture, this time of a pair of figures  placed on the shoreline, is planned for Folkestone.

Both sets of figures are planned to be in place until November.

It will be the first time these particular casts from Gormley’s series have been exhibited and it will be Gormley’s first outdoor installation in Kent since Waste Man (Margate, 2006).

To coincide with Antony Gormley’s cast iron sculpture from his series ANOTHER TIME being sited on the chalk bed in front of Turner Contemporary, the gallery has a very limited number of original prints by the artist available to purchase. You could also be in with a chance of winning a signed etching by Antony Gormley, for just £5!

Enter the Turner Contemporary raffle to be in with the chance of going home with SUBLIMATE by Antony Gormley. Raffle tickets for SUBLIMATE are £5 each and are available to buy from the gallery shop.

Raffle tickets only available at the gallery (they cannot be bought online or over the phone) and will be on sale until Sunday 5th November. The winner will be drawn by a randomly selected member of the public and announced on Monday 6th November.