Ziggy’s roof top bar on Margate sea front has had to close temporarily due to flooding.

In a message on facebook bar bosses posted: “Ziggy’s will be closed for a few days from 17th August 2017.

“Following the heavy rain we have experienced some flooding and are working hard to get this remedied as quickly as possible to ensure we can deliver the best customer experience. We apologise for the inconvenience and will re-open again very soon.” 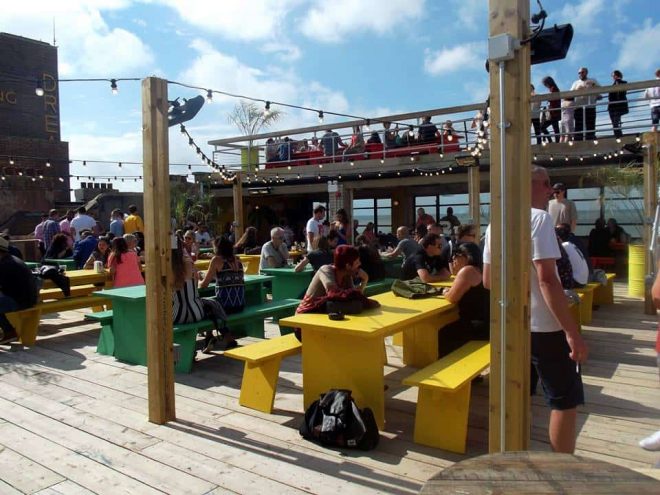 The closure comes just two days after The Isle of Thanet News revealed the newly renovated Cinque Ports pub  next door has temporarily closed, also due to flooding.

Workman are currently on-site making the property water tight following recent downpours. The work is described as minor and the pub is expected to reopen soon.

The pub in Marine Parade reopened in May this year after an extensive renovation to bring it back to its 1930s glory.

Once a favourite haunt of mods and rockers in the 1960s, it now offers real ale, ciders and wines and ‘best of British” food.

An update about the Cinque Ports is expected tomorrow (August 18)