It is the end of an era as Homebasics bosses Ivan and Pam Todd have put the business, and flats above it, on the market.

The couple have been running the homewares store in Ramsgate’s Queen Street for 26 years but say now is the time to go and try something new.

Ivan, 58, was the first of the pair to take the reins 26 years ago when the former owners decided to pack up. Pam was “roped in” two years later and the couple have been a permanent fixture in the town ever since.

Ivan said: “It was what I knew, I’d been in the trade all my working life, with gifts and homeware.”

Changing face of the town

Over the years Pam and Ivan, who have three children and three grandchildren, have seen many other stores come and go as high street trading conditions changed, internet shopping began to bloom and Westwood Cross gave customers another destination to choose from.

Ivan said: The shops have really changed over the years, we’ve seen Tesco, Pettits, Woolworths and Millets go and Westwood Cross was built. 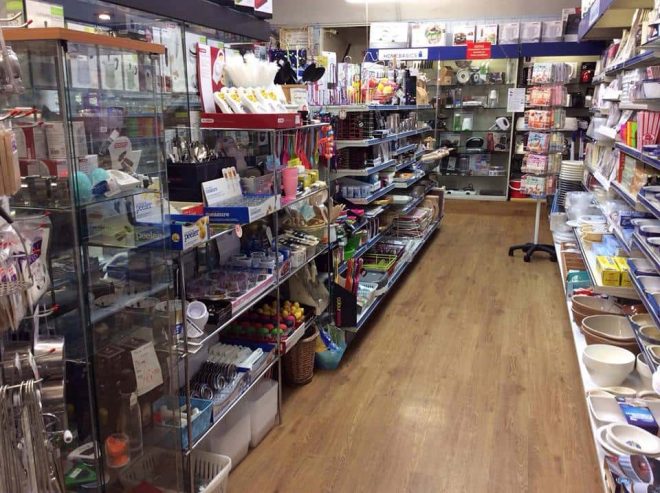 “We are still here despite all the competition we have had, Wilko, Mad Max, 99p stores, we have seen lots come and go.”

Pam added: “We want to sell it as a going concern because there is a need for what we do in the town, that’s why we are still here, making a profit.”

The store used to belong to the Blinko estate – it was once a Blinko Bookshop – but after many years of renting Pam and Ivan were finally able to buy the building, which now includes three flats above it, in the late 90s.

Pam said: “In all those years the people have been much the same, although there has been an influx of new people moving to the area over the last 5 or 6 years.”

Time for a break

The couple say they will miss their “lovely and loyal customers” but are looking forward to a well-earned break.

Pam, 59, said: “The last time we had two weeks off was 25 years ago next week – when we got married! It is long hours and then you have the extras like stock taking or doing the wages at home. We are looking forward to chilling out a bit.”

The couple have shares in a narrow boat, currently moored in Staffordshire, and are looking forward to some time on the canals and more time with their grandchildren.

And the store is something Ivan and Pam, and their daughter Jenny who works there, are proud of.

Ivan said: “Ramsgate is lovely and I would like to think that we have contributed to the town and its economy over the last 26 years.

“We are still here, trading, until we find a buyer.” 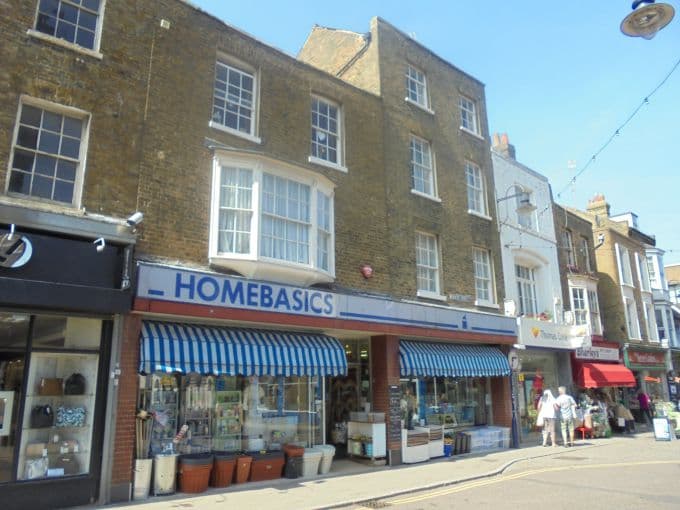 A substantial three storey terrace building with outbuildings to the rear.

The ground floor comprises the double fronted HomeBasics shop with a sales area  of 1539 sq.ft which is fitted with shelving, fluorescent lighting, electric heating, CCTV and blinds.

There are gas space heaters and roof lights in the rear section of the shop. There is a staffroom with two stainless steel sinks and a roof light and the storeroom has a Brittany II hot water heater.

At the rear of the property  there is an application for planning permission for a one bedroom cottage.

There are three flats which has recently been refurbished to a good standard.

Outside there is a grassed area that currently has parking for up to three vehicles.

The property is being marketed by Pearson and Gore