One of the most prestigious running events in the South east takes place in Thanet next month.

The Kent Coastal Marathon & Half Marathon, sponsored by County Solicitors, has a 13 or 26 mile course through Ramsgate, Margate, Broadstairs and Westgate-on-Sea.

The race is organised by Thanet Roadrunners AC and will include a large number of serious athletes as well as charity runners.

The event starts at 9.30am on Sunday, September 3, beginning and finishing at Palm Bay School, Cliftonville.

Included in the entry price – affiliated entry £22/23 and unaffiliated entry £24/25 – is a finisher’s medal, technical T-shirt and goody bag, Chip timing, pacers at 1 hour 45 minutes, 2 hours or 2 hours 15 minutes for the half marathon, baggage storage and a free professional finisher photo by Jodi Hanagan photography . A donation of £1 from every entry will be made to the race’s official charity, Kent, Surrey, Sussex Air Ambulance.

The course will start with a loop around Palm Bay before following a largely coastal route through Broadstairs towards Ramsgate, heading back to complete the half marathon at Cliftonville. Those running the marathon then continue through Margate, again largely along the coast, before turning at Minnis Bay and heading back to finish at Palm Bay School. 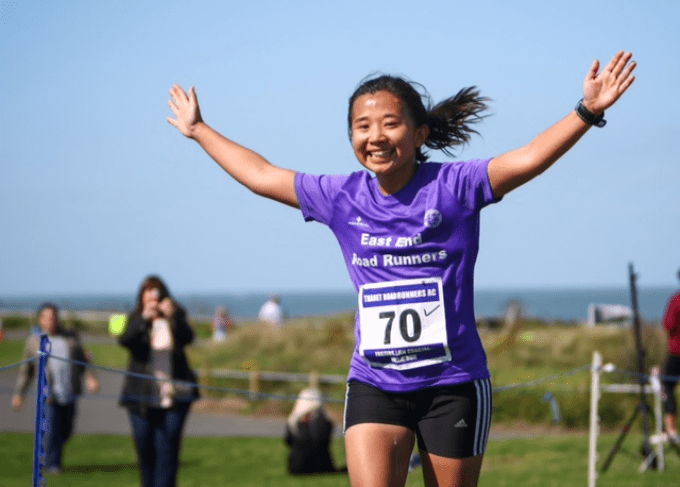 There will be regular water stations along the route, including gels at two stations in the second half for marathon runners.  Prize money and commemorative towels are also given to the race winners.

Race director Jon Holl said: “The Kent Coastal Marathon is always a great event and we welcome the public to get out and give the runners a cheer when they pass them on the route.

“The half marathon has been rated by Women’s Running and Men’s Running Magazine as one of their top 100 races in the UK for the last five years.  The event is suitable for all abilities and allows you to see some of the beautiful coastline in Thanet.”