An amazing mural has been painted on a wall in Margate in memory of teenager Taiyah-Grace Peebles.

Taiyah-Grace, from Herne Bay, was found on the railway at Herne Bay station at around 7am on Wednesday.

BTP officers and paramedics from the South East Coast Ambulance Service attended but sadly Taiyah-Grace  died as a result of electrocution. 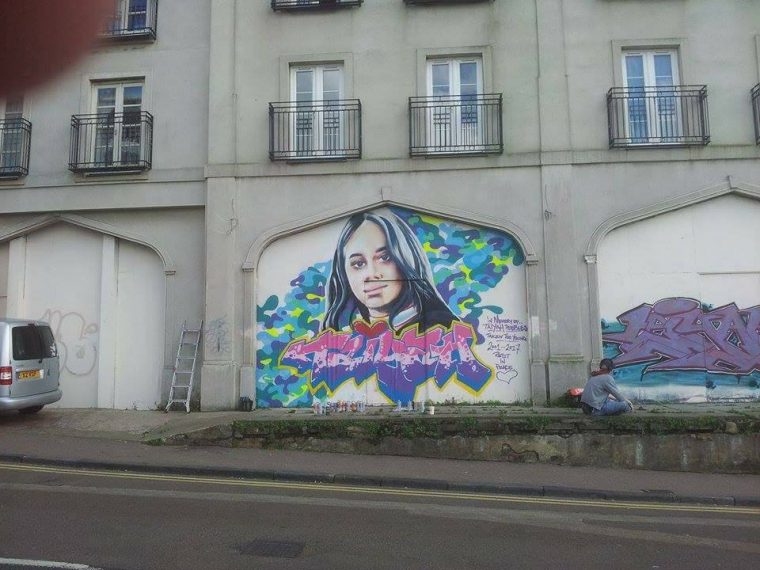 The mural, opposite Kabuki in Marine Gardens, has been created as a moving memorial to the 16-year-old who had been a Hartsdown pupil before moving to Spires Academy.

Taiyah’s sister Delcie has shared images of the creation on facebook, saying: “My beautiful baby sister shining big and bright in Margate! I’m absolutely in love with this.”

In the days following the accident many have taken to social media to express their shock and grief for a “Beautiful young girl taken to soon.”

The family of Taiyah have asked that their privacy is respected at this incredibly difficult and sad time.

A crowdfunder page to help the family with funeral costs has been created by family friend Mrs Hills.

She posts: “After the loss of Taiyah I wanted to set this up to help her loving family have one less thing to worry about while they are processing her passing.

“Taiyah was loved by many and that shows from the outpouring of condolences on her Facebook page and her mum’s and siblings.  Taiyah deserves the biggest and best send off to celebrate her life.”