A revived Manston airport will have a “significant impact” on the number of new homes needed across the isle, according to Thanet council.

The comment was made in response to the consultation carried out by RiverOak Strategic Partners (RSP) which aims to reopen Manston airport as an air freight hub with associated business aviation and passenger services.

RiverOak closed consultation on its proposals for the airport site on July 23. The company aims to submit an application for a Development Consent Order to the Planning Inspectorate.

Following the statutory consultation, the DCO application will be submitted later this year. A decision by the Secretary of State is expected by the end of 2018. If RSP gets the green light for its plans it says the opening of the re-built and refurbished airport will be in 2020.

But Thanet council has responded to the documents made public by RSP by raising concerns that the impact of the predicted creation of 30,000 jobs across the region by the airport’s 20th year of operation.

TDC says the proposals would mean a loss of 2,500 homes earmarked for the Manston airport site in its draft local plan. It says another 56 possible homes approved for the Jentex site at Cliffsend would also be lost, adding: “The total housing shortfall resulting from this development would be at least 2,612.” 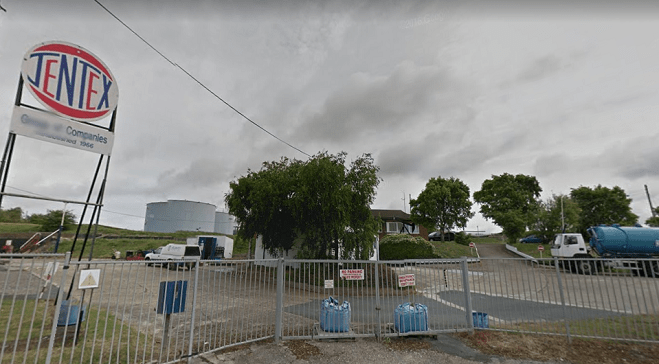 Jentex is also proposed as the possible site for fuel tanks for the proposed freight hub.

Under the local plan – a  blueprint for housing, business and infrastructure over a 20-year period – Thanet needs to have created 17,140 new homes by 2031.

The response to RSP says: “The development of your airport, by virtue of the estimated job numbers created both directly and within the supply chain, has the potential to significantly affect the objectively assessed need for housing within the East Kent region.”

The housing estimate for the Manston airport site, under the draft local plan, was made prior to a planning enquiry  over change of use of four airport buildings that found Policy EC4 [retaining the site for aviation use] was still valid.

The response also raises the question of burden on local services and the impact that flights would have on the tourism industry of Thanet.

On the issue of noise TDC says: “We are significantly concerned about the potential impact from your proposed development on the living conditions of those residential occupiers within close proximity of the airport, those residents living under the (indicative) flight paths, especially in relation to night flights, as well as disruption to multiple schools within Ramsgate.”

Visual impact of airport buildings and air quality concerns are also raised, with the suggestion that a permanent air quality monitoring station should be installed if RSP’s Development Consent Order to compulsory purchase the land from owners Stone Hill Park application is approved.

The response also questions the impact on roads and the method of disposal should an aircraft teardown facility be in operation.

In its conclusion TDC says: “There are potentially significant detrimental environmental and amenity impacts on Thanet and its local community from the development. Therefore with regard to the public consultation we await further information following the completion of the required survey and investigatory work.

“However, particular concern is raised that the ramifications for the emerging Thanet Local Plan have not been adequately quantified, and there is a lack of information relating to delivery of the project.”

Landowner Stone Hill Park (SHP) has submitted a master plan and outline planning application to Thanet council for 2,500 homes; an advanced manufacturing focused business park; sports and recreational facilities, with the former runway becoming the focal point for a network of parkland, trails and outdoor space, and a ‘heritage hub’ at the site.

SHP says it expects its planning application for the site to be examined by Thanet council later this year.

In its response to the RSP consultation documents SHP says: “Our principal comment is that in our opinion the consultation material fails to demonstrate that the proposed development is deliverable, on the following principal grounds:

RSP plans for the future of Manston

RSP hopes to reopen the airport in a £300m project to create an air freight hub with passenger services and business aviation. It bought out the DCO rights from the original proposing company RiverOak corporation last December.

In one volume of its reports compiled as part of the DCO process it states: “Direct on-site jobs are predicted to be 2,150 by year 5, of which 697 posts are forecast to be created by the airport operator. The direct employment figure will rise with increasing freight tonnage and passenger numbers.

“The total figure for jobs created by the operations of Manston Airport is forecast at around 30,000.”

RSP plans for construction will be phased over 15 years and will include a total of 19 freight stands and four passenger stands for aircraft as well as warehousing and fuel storage to meet the forecast demand.

There are also plans for education and training, flight training school,business aviation and passenger services. Earlier this month RSP announced a partnership with Securitas to implement and operate a full suite of fire and security services at the site.

RSP aims to handle some 10,000 air cargo movements a year by its sixth year of operation equating to 14 arrivals and 14 departures a day, around two flights an hour “during normal operating hours.”