Yet another bomb detonation took place at Cliffsend today (July 24).

The controlled explosion was made this afternoon and follows digging at the site the previous day.

It is one of a series of explosions carried out Army disposal unit over the past few weeks.

The Royal Logistics Corp Explosive Ordnance Device team from Folkestone first dealt with a wartime bomb at the site on June 29.

Further explosions were carried out the following day and the team was back on July 2, in the area across from the former Sportsman pub, to carry out two more controlled explosions.

On July 6 the team returned, carrying out another explosion which was heard by residents across the isle.

A Kent Police spokesman said: “Kent Police was made aware of a report of a UXB (unexploded wartime munition) in Pegwell Bay Country Park, Sandwich Road,  Ramsgate, and an Army bomb disposal team carried out a controlled detonation.”

On July 13 the Army team were on site with ‘crawlers’ to detect the munitions and the following day another explosion was carried out.

It is thought the devices have been unearthed as work on the nemo link, a project to  lay high voltage electricity cables under the sea between the UK and Belgium. 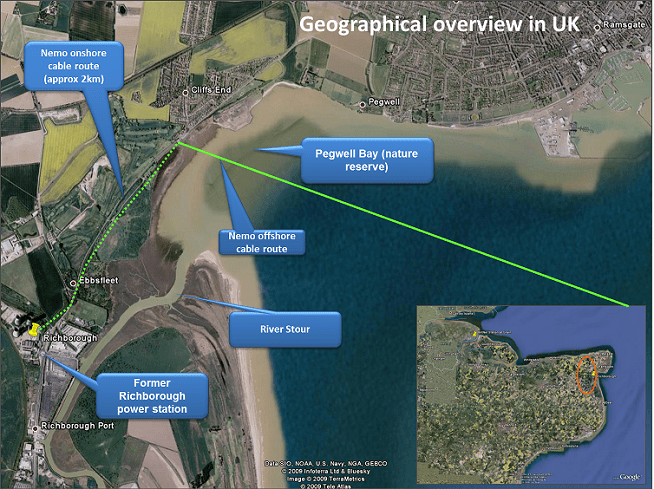 Land in the vicinity of the service station at Pegwell Bay, is being worked on with the underground cables then being routed through the Pegwell Bay Country Park and beneath the road from Bay Point Sports Club to the former Richborough towers site.

Ramsgate gained a reputation as the most bombed seaside town in the First World War, suffering numerous Zeppelin and Gotha bomber raids and being shelled several times from the sea. The action prompted the building of the Ramsgate Tunnels, which sheltered civilians through the Second World War.

The isle was also targeted heavily in that conflict, suffering a bombing blitz in August 1940.