The official start of Ramsgate Week, and the Regatta, has been marked with the firing of a cannon by mayor Trevor Shonk.

The cannon was fired from the east pier at 10am.

The week runs  from July 23-July 28, alongside the Ramsgate Festival.

It is the Royal Temple Yacht Club annual regatta. 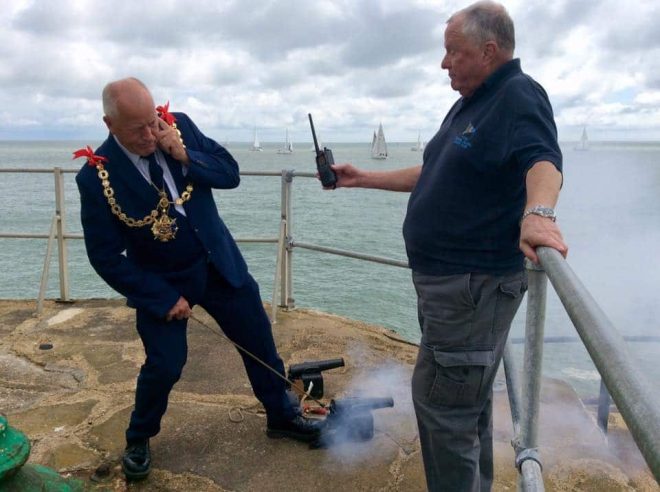 Ramsgate Week is often referred to as a friendly alternative to Cowes week which is one of the longest running regular regattas in the world that takes place on the Solent near the Isle of Wight. Royal Temple Yacht Club was founded in 1857 by a group of yachtsmen sailing from the Temple Steps on the river Thames. The first Ramsgate Week regatta was launched in 1898.

More than 300 competitors from across the UK and Europe will be taking part in the week’s races.