Thanet electrician Carl Scarlett, 35, is holding his maiden art exhibition at the New Kent Art Gallery in Broadstairs for the rest of this month.

Carl, who is joined by younger sister Stephanie, 24, father Paul, and close friend and photographer Adrian Cole, in what is pretty much a family affair, was brought up in the town and is looking at giving something back to the place he knows and loves.

Schooled at St George’s, as was Stephanie, Carl went on initially to the University of Kent’s Institute of Art & Design. However the realisation that a passion for, and talent in, the fine arts, might not pay the bills persuaded him to become a sparky instead whilst dipping in and out of his true passion.

Carl said: “The family has always been either drawing or painting or combining the two. 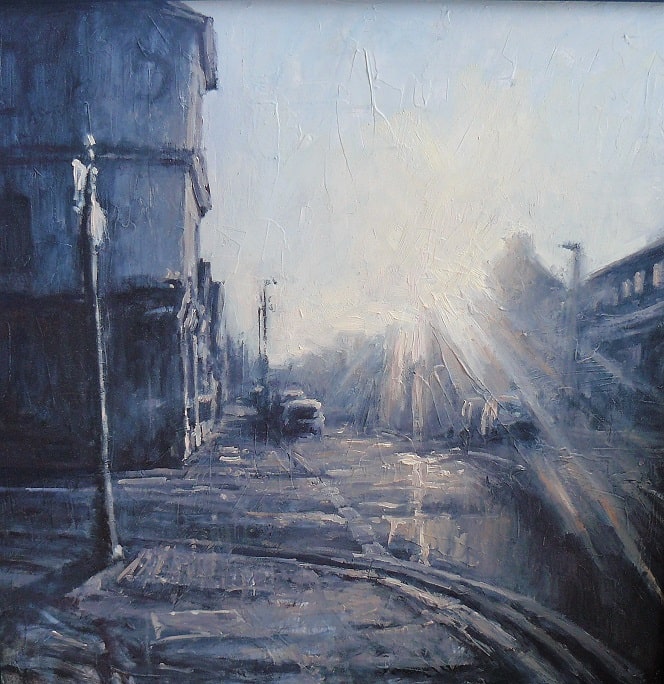 “It’s a gift that my sister Stephanie and I inherited from our father, whilst other family members have also shown similar interest.”

Realising at a young age that he needed a ‘working trade’ to supplement life’s motions, Carl did just that, stepping back from art, fortunately not permanently, to provide for his own family.

Then, after his son was born a decade ago, he picked up the pencil again and a talent began to blossom.

Like the proverbial once you’ve rode a bicycle the ability never leaves, so it seemed with Carl and his artwork. A burgeoning talent blossomed over the ensuing years and, although a strain in the early days, the breakthrough is now happening, and in his hometown.

“It was somewhat different, and difficult, to a point, going back into, and re-learning it,” admitted Carl.

“To me though it’s not a talent, it’s something that has been passed down through the genes and something I have learnt through studying and reading about the different forms.

“There’s been a lot of application, dedication, to wanting to do it and it’s been a bit of like medication in a way; time very easily runs away with itself when you become engrossed in what you do.”

With over 20 pieces of work on show, mainly landscape, townscape and still-life in this maiden exhibition, Carl will see Saturday afternoon as being a big step towards a differing future as he partakes in a private meet-and-greet session. 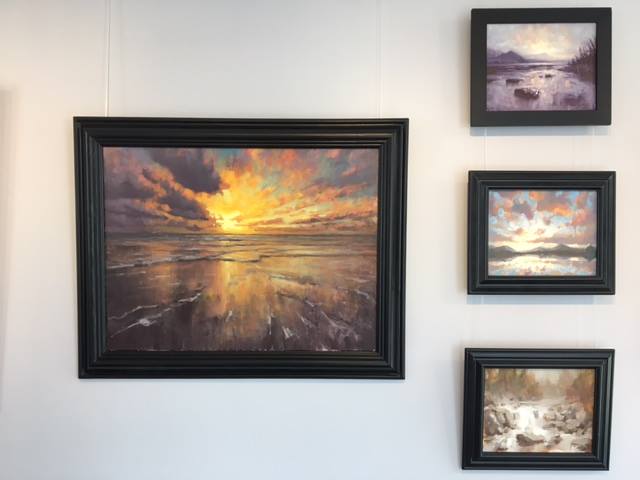 He said: “This is my first, full exhibition and it was certainly a test my getting the paintings finished in time.

“There’s about a dozen other pieces between my father and sister in there, as well as the photographic work of Adrian.

“As for the exhibition, and this meet-and-greet I’m doing, I’m actually pretty relaxed about it all now. I’m more interested in seeing people’s reactions and thoughts than anything else.

“I’m confident in the knowledge I possess and this is something that needs doing in order to move forward and maybe, just maybe, make a living from it as well.

“I suppose we could say I’m testing the waters with it all really.”

The exhibition runs until July 30 and Carl will be hosting a private meet-and-greet at the venue on Saturday, July 22, between 2pm and 4pm alongside family and gallery owners Karen Hiscock-Lawrence and Brian Hodgson.

You can keep up to date with happenings at the New Kent Art Gallery via their website – www.newkentart.com and the exhibition event can be found here