Three hundred licensees enjoyed an entertaining day out, hosted by Ramsgate based Ivor Thomas Amusements at The Arch Bar in the Royal Harbour.

The event  was a celebration for 40 years in business and an opportunity for Ivor Thomas Amusements to thank their team, suppliers and customers, some of who have traded with the company for 40 years. 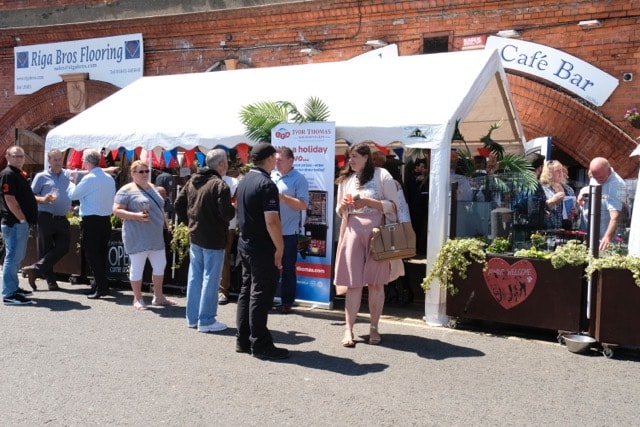 Wine tasting by Andrews, beer tasting by Firkin Ales and a sail around the harbour helped give the licensees a day out to remember.

The Grange Road-based showcased their latest fruit machines and new range of ancillary products, including glasswashers and icemakers. 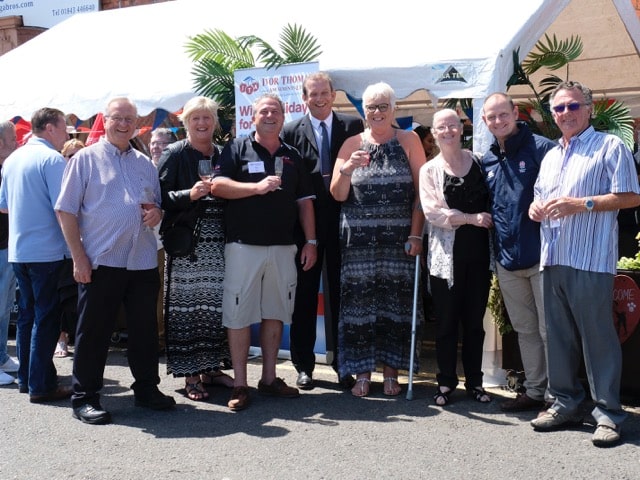 Top score on the Batman Pinball was won by a customer from Cinque Ports, Robin Dawson, who scooped a keg of beer donated by Firkin Ales.

The day wouldn’t have been complete without a charity teddy bear raffle which was won by Ross from The Bat and Ball Gravesend, He donated the bear to the children’s ward at Darent Valley Hospital.

The raffle raised £465 which will be donated to Pilgrims Hospices for their valued contribution to the local community. 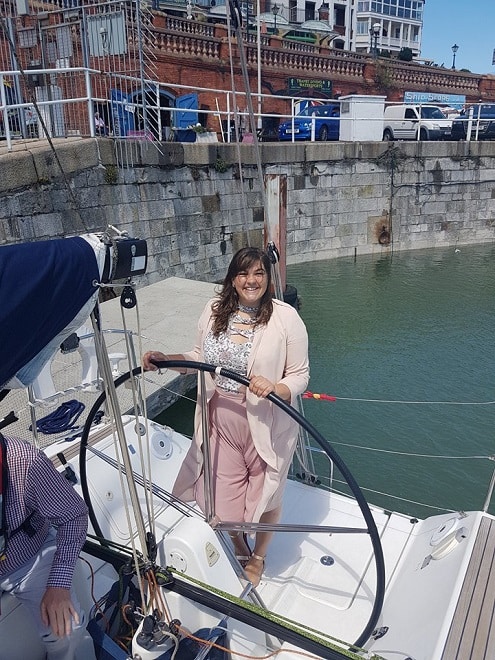 Ivor Thomas Amusements owner Paul Thomas said: “It has been an amazing 40-year journey with some interesting highs and lows. I take my hat off to our team who have been loyal throughout and have helped give us the reputation of supplying ‘outstanding customer service’.”

In 1932, at the age of 24, Ivor Thomas senior, Paul’s grandfather, was living in Shoreditch and began installing fruit machines and bumper pin tables in clubs and bus stations in London – he even had a machine installed in the Connaught Rooms before the war. He was a member of the Amusement Caterer’s Association and was on the committee in 1961.

On a trip to Ramsgate, well before war broke out, he met his wife Florence who lived in the town. They married and lived in Shoreditch where they raised three children.

A move to Ramsgate

In 1948 Ivor senior moved to Ramsgate where he began working his own bingo stall in an arcade on the seafront. Amusements were in his blood and it wasn’t long before he installed cranes rotaries and a variety of arcade games. He also started installing juke boxes in local cafes in 1954.

In the early 60s Ivor senior purchased the lease of the arcade in Granville Marina, Ramsgate. He passed away in 1965 and at 24 his son, Ivor Thomas junior, took the reins. Through a run of bad luck and inherited debts from the previous arcade owner Ivor unfortunately had to sell the business within two years. 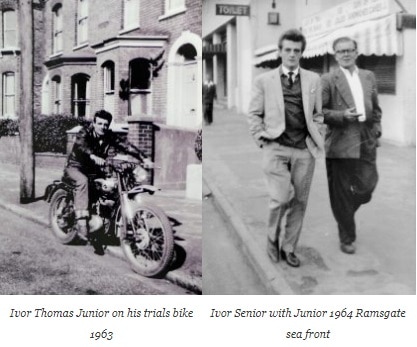 In early 1968 Ivor was contacted by Jerry Gold who knew about his passion for the amusements industry. This led Ivor to London to oversee the running of an arcade in Camden Town for Phonographic Equipment (which later became Associated Leisure) with the prospect of a position in the company that he ran (Photocades Ltd). Shortly after Ivor was appointed general manager of all their arcades and was travelling throughout the UK. He grew tired of spending weeks away from home, so he became general manager of all the arcades in Dreamland and on Margate seafront, belonging to the same company.

It was while he was here in 1974 that Ivor gained his gaming certificate and installed his first new machine in a café in Newington – this was the beginning of Ivor Thomas Amusements. However, excitement of the new business was short-lived, when intruders broke in on the first night and wrecked the new machine.

Ivor’s efforts were diverted back to Thanet where he ploughed every penny into the arcade on Margate pier – bad luck struck again when storms wiped the pier out in 1978. With the insurance company refusing to pay up, Ivor lost everything.

In 1978 things took a turn for the better, Ivor purchased the lease on a café at 75 High Street, Ramsgate, which he used as a base to supply fruit machines and pintables and eventually video games, including Space Invaders, Pac Man and other popular games machines. He also used the premises as an office and to store machines. Within months Ivor’s machines were starting to be seen in many pubs and clubs in East Kent.

The early 80s and Whitbread came on board, giving Ivor his first big break supplying pool tables, pin tables and juke boxes throughout Kent. He was soon recognised as a top level supplier and this prompted them to allow him to supply fruit machines.

Legislation changes forced Whitbread to dispose of their pubs and a number of smaller chains emerged. The Ivor Thomas name was associated with outstanding customer service and referrals flooded in – soon Ivor was also supplying fruit machines to these new companies and the business grew fast.

The rapid growth put pressure on storage facilities and it wasn’t long before Ivor purchased 9 Southwood Road and shortly after 100 Grange Road.

Ivor’s son Paul showed a keen interest at a young age, helping his father with collections and joining the business in the mid 80s. In 1987 Paul was made a director and worked on expanding the business beyond East Kent and into London.

In 1992 Paul was made managing director and Ivor took up the role of chairman.

The 90s saw further growth with new retailers and chains coming on board, joining some more unusual clients such as ferries and motorway service stations. In 2008 Ivor and Ann decided to semi-retire. Paul’s wife Jane became a director in 2012.

The company has recently rebranded and is looking forward to an exciting future.