Travellers who set up camp in Margate after being evicted from Jackey Bakers in Ramsgate this afternoon (June 27) have moved on.

The group of between 15-20 caravans and cars converged on Dane Park after police and council officials evicted them from the playing field in Ramsgate. 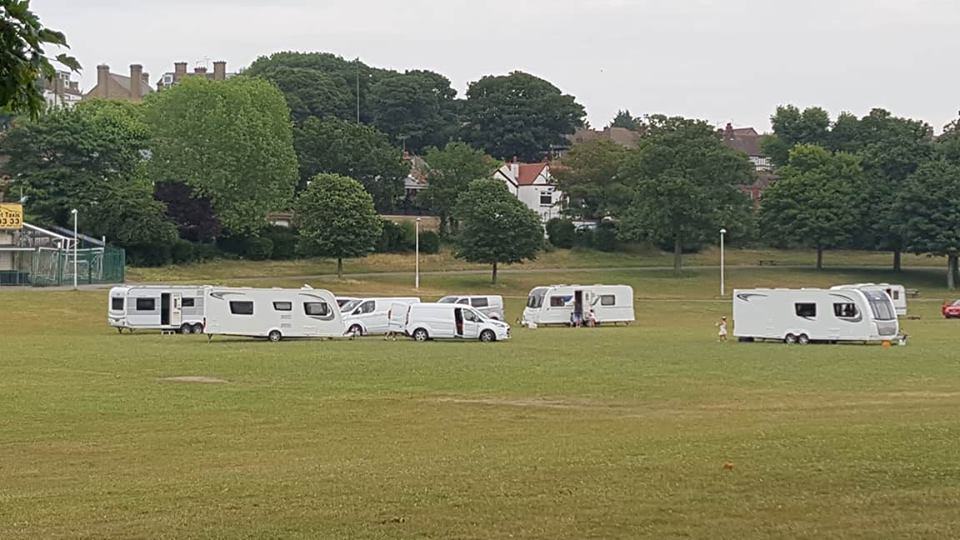 Thanet council had issued a ‘direction to leave’ last Friday but the group remained at Jackey Bakers until today.

Thanet council said it was aware of the move onto Dane Park and officers were serving them notice to leave.

Deputy council leader Cllr Lin Fairbrass said earlier this evening: “We are aware of the traveller incursion at Dane Park. Some of the individuals are from the group who were at Jackey Bakers at certain times over the last couple of weeks. 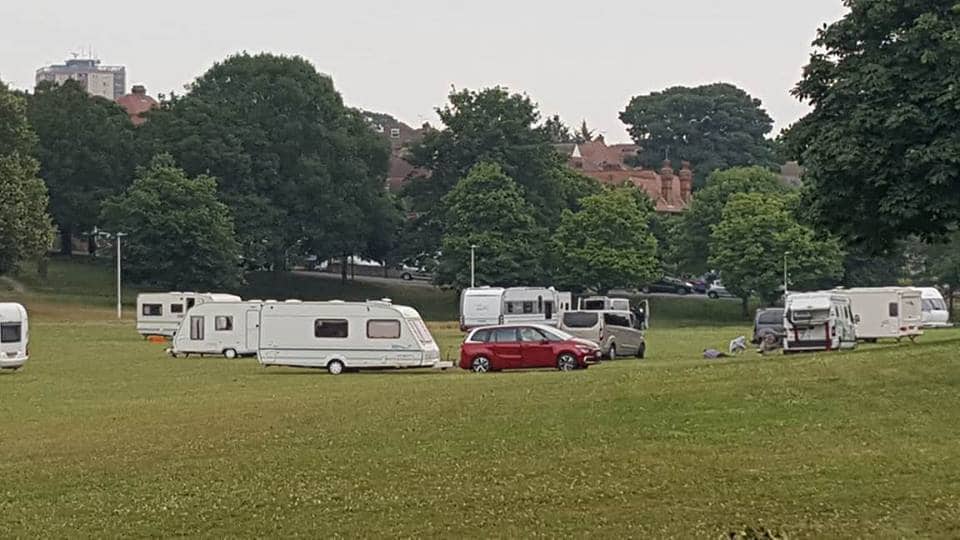 “We have police and community safety officers on site now to serve a notice requiring the travellers to leave forthwith. If they are still at this location tomorrow, we will apply to the courts for eviction.”

Residents and Margate councillors report that the group has moved off within the last hour.