A Margate schoolgirl says she wants to move out of Thanet to “somewhere safe” after being racially abused twice in just one week.

Amira Newton, 14, was among several pupils from Hartsdown Academy who were racially and physically abused on their way home from school yesterday (June 20).

A man shouted racial insults at youngsters including Amira. He is also reported to have slapped a 12-year-old boy with autism and pushed a 15-year-old into a bush.

Hartsdown staff reportedly responded to the incident within minutes.

Amira filmed the man for police to use as evidence, having been advised to do so by officers after the first racial abuse incident. 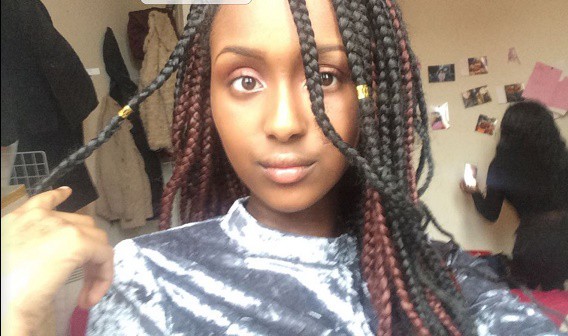 In a witness statement to officers Amira said: “It makes me feel like I need to be really cautious around white men and that I can’t trust them at all especially since it is exactly one week ago, three white men stopped their car to shout “N****r” at me by the arcades next to Dreamland.

“I live in a predominantly white town so now I want to move to somewhere where I am safe and these kinds of things don’t happen to children.”

Ayaan says she believes the isle has race relations issues and that awareness needs to be raised and policies put in place.

She said: “I went to the school and spoke to the head master who said they are working to change cultural issues. I believe the council should have more than just a basic anti-racism and hate crime policy in place. There needs to be more awareness that this is happening.

“As a parent, I have wiped my daughter’s tears, assured her that it is a run of bad luck to have it happen twice in one-week and that majority of white men are not a threat to her.

“ I feel so helpless as I want to protect my child, but I can’t guarantee this to not be happening to her again. All can do is try to and reassure her, arm her with advice on how to process such incidents, tell her that her golden cinnamon skin is beautiful, that she is precious, that jealousy and hate fuels racist people and they are not worthy of her and tell her the world is full of good people who see our skin differences and celebrate them.”

A Kent Police spokesman said: “Kent Police was called at 3.16pm on Tuesday 20 June  to a report of an assault in All Saints Avenue, Margate, where it is reported that a man has assaulted a number of people.”

A 30-year-old man, of no fixed address, has been arrested on suspicion of assault and enquiries are ongoing.

Of these 245 prosecutions were successful and 38 failed.

If you’d prefer to speak to someone else about what’s happened: