Illegally parked drivers have put Margate RNLI’s all weather lifeboat out of service for the day.

Cars parked at the rear of Turner Contemporary have blocked access, meaning the crew can’t get the craft to the sea.

In a facebook message Margate RNLI posted: “Can we ask as many of our supporters to share this on Facebook urgently please in the hope that those responsible fully understand the potential implications of their actions.

And why it is important to leave access clear

The lifeboat was called out twice yesterday (June 17). The first was in the early hours of the morning at the request of Kent Police following reports of person in distress in the sea at Westbrook Bay.

Along with members of the local coastguard rescue team the lifeboat commenced a shoreline and close inshore search and soon after UK Coastguard confirmed that the person had been found ashore by police officers, all search units were stood down. 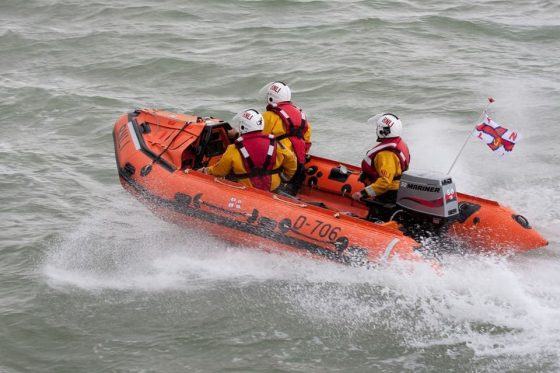 In the afternoon the inshore lifeboat was requested to assist RNLI lifeguards at Margate main sands in the search for a six-year old child missing, last seen on the water’s edge between the lifeguard flags.

Fortunately, the child was found before the lifeboat launched but two essential rules appear to have been followed here which perhaps contributed to a swift happy ending. First, only swim between the red and yellow flags: these areas are carefully selected by the lifeguards as the safest and where they concentrate their patrols. Second, the moment a child goes missing or anything else untoward happens contact the lifeguards or dial 999 and ask for coastguard … seconds count.