Staff from Marks and Spencer’s Westwood Cross and Whitstable volunteered their time and funds to help transform an area of garden at Pilgrims Thanet hospice, creating a beautiful space to grow fresh fruit and veg for use in the charity’s kitchens.

Over three days, Marks and Spencer staff took on a variety of jobs, including clearing ground, building raised beds, pruning shrubs, cleaning out the two greenhouses and much much more.

They were joined by Thanet’s own volunteer gardeners and together began creating the new kitchen garden area. 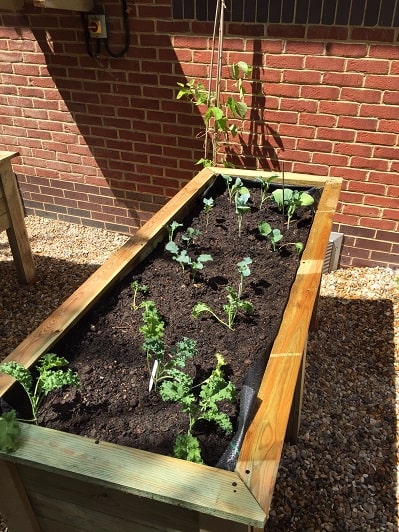 Georgina Smith, head chef at Pilgrims Hospices Thanet, said: “It’s been an amazing experience having the team from M&S here, creating this kitchen garden for us.

“We will be able to grow so many vegetables and salad items that we can make into dishes for our patients. My kitchen team has been inspired to learn more about what we can grow and are very keen to experiment with new varieties.”

The project was part of Marks and Spencer’s national, ‘Make it Matter’ campaign where every M&S branch was able to choose a local charity to support with both funds and labour hours.

Nigel Cliff, from M&S, said: “It’s been such a pleasure for us to come and help over the three days, we all know of someone who has been cared for by Pilgrims and it’s a privilege to do this for them. Quite a few of the team have asked if they can come back in their own time and volunteer some time to help.” 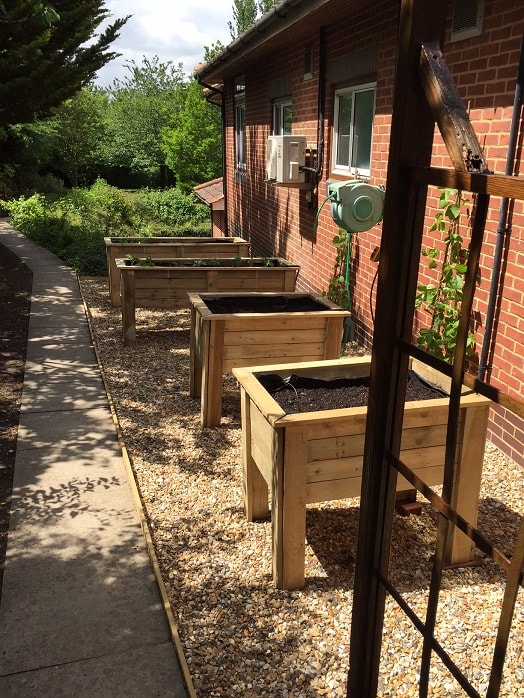 Caroline Dixon, community fundraising officer for Pilgrims Hospices, added: “The transformation that has taken place is amazing and this means so much to the whole team here in Thanet. A huge thank you to everyone from M&S who has been involved with this project and to the team at Wyevale who fitted an automatic watering system to the finished planting area.” 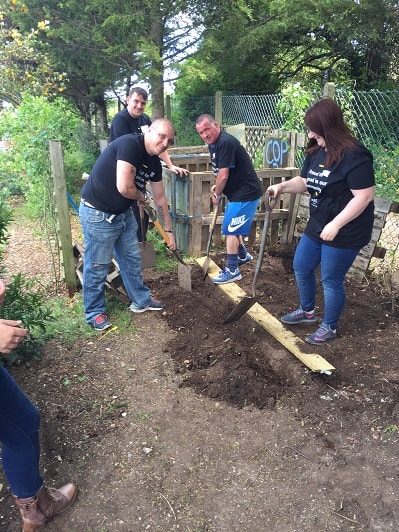 Day one: The sun shining down  made ground clearance and digging a lot easier. Led by Cara Redman, store manager at Westwood Cross, the team got so much done that by the end of the day even one of the raised beds had been constructed.

Day two: This brought some unwanted heavy rain but that was never going to deter Dave Parker and the team, they did as many of the inside jobs as possible, including scrubbing the insides of the greenhouses, and left the area ready for filling and planting on day three.

Day three: The team were again blessed with glorious sunshine, with the final list of tasks the team had the back-breaking work of loading all the newly created beds with top soil ready for planting to take place. With the sun shining the pagoda was given a new coat of paint while the rest of the team moved barrow after barrow of soil into place. Soon the whole area was looking totally transformed and the beds were ready for planting. Nigel Cliff, store manager at the newly opened Whitstable branch, and the team also decided to create a planting area for potatoes by recycling old pallets and making them into raised beds.

The three days were captured in pictures and video by Trudy Roberts and she also got stuck in with the team.