Another Thanet UKIP member has defected to the Conservatives.

The former planning chairman for the party at Thanet council and member for Salmestone ward is the third member to cross the floor to the Blues.

He joins former Ukippers Emma Dawson and Lesley Game who crossed over to the Conservatives in 2015.

The resignation has sparked a slew of accusations about broken election pledges and Manston airport.

Mr Evans said: “After much thought and with the best interests of my constituents in mind I have decided to join the Conservative Party in favour of UKIP.

“This decision has been made for two reasons.

“The first, because of the failure of UKIP to capitalize on their previous successes at a national level, where they have been dogged by repeated infighting and scandals.

“And secondly, locally, because local election pledges before the 2015 election have been largely unfulfilled.

“Manston airport and the adoption by the council of the floored and misleading Avia report for the Local Plan being a major factor in my decision, as this actively supports the building of houses on the site.

“I am honoured now to be a member of a party that can boast previous members such as Winston Churchill and Margaret Thatcher, whose integrity and determination were unrivalled. 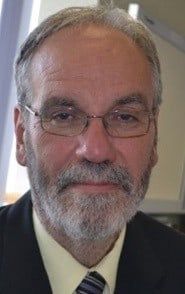 In his response to the resignation UKIP Thanet party leader Cllr Chris Wells, who defected from the Conservatives in 2014,  formally thanked Cllr Evans for his work and added: “I was surprised and saddened to receive formal notice from you after the story had appeared on social media and I tried to contact you. I do think the party which has worked with you over several years deserved better.

“You join the Conservative Party at a time when their wholesale theft of UKIP positions has boosted their popularity, but where there is no certainty of delivery.

“ In particular the sudden conversion of Theresa May, and indeed, Sir Roger Gale, to Brexit is untested, and if the reputation of the promise on immigration control made in 2010 and 2015, and now repeated in 2017, is anything to go by, that conversion is a falsehood for pure party gain.

“On Manston, as you know, our efforts continue, and we support a funded working regional airport with proper consideration for the residents of Ramsgate who live under the flight path.

“ AVIA is the only truly independent report to be published on Manston’s future in recent years. All the reports published in support of the putative DCO, sorry Tory led DCO according to them, a statement which surely will lead to a judicial review of any DCO decision, seem to be published by former colleagues of Tony Freudmann. Could that be a flaw Peter?

“Perhaps someone can advise us all of the decision makers and the money sources behind the ‘Riveroak’ saga; that might help.

“However, I wish you and your family well. Enjoy your moment of fame. In the long run I suspect you will realise all is not what it seems in Tory Heaven; I should know, I’ve been there!”

The Chairman of the North Thanet Conservative Association, Cllr Ken Gregory, said: “We fully understand the reasons for Peter wishing to join us. As he has indicated, he is clearly deeply concerned about UKIP`s breach of its election pledge over Manston and also troubled by UKIP`s lack of leadership and sense of direction both locally and nationally.

“Peter clearly espouses Conservative values and principles and I am pleased to welcome him into membership of our Party”.

Leader of the Conservative Group on TDC, Cllr Bob Bayford, said he expects more defections. He said: “I would not be surprised if other members currently sitting as UKIP councillors seek to follow him.

“We appreciate there are several very honourable people who do not care for the turn that Thanet council`s current controlling group has taken.” 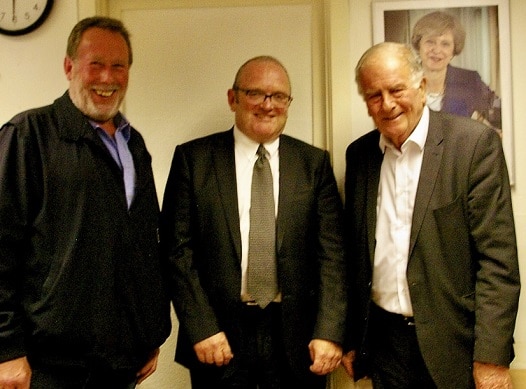 Sir Roger Gale, North Thanet’s senior Parliamentary candidate for the party, added: “Peter Evans decision to leave UKIP and to join us is welcome and does not surprise me.

“There are several other UKIP elected councillors who are deeply dismayed by the way that their party has abandoned its election pledge over Manston, by the fact that their leaders at both local and national level are discredited and failing and by the lack of any sense of strategy, direction or purpose.

“If they wish to follow Peter’s example and to join us also we shall be pleased to hear from them.”

UKIP took control of Thanet council in the 2015  elections, becoming the county’s only UKIP-run local authority. Prior to the election the council was Labour-run, in a minority administration, but the party suffered devastating losses at the polls.

There are  55 councillors in total.