A teenage boy who suffered head and face injuries during a large-scale incident on Margate beach on Saturday is home from hospital but unable to recover a large chunk of his memory – and at one point couldn’t recognise his own mum.

Sixteen-year-old Connor Wigham, from Sittingbourne, is due to take his GCSEs next week but the head injury he suffered after getting caught up in the violent incident could scupper his chances of getting the grades he wants.

Mum Claire  said: “I’m heartbroken. He is making some progress but he still can’t remember anything up to five or six months ago.

“He’s already half way through his GCSE exams which may need to be postponed  Yesterday he didn’t even know who I was and it’s heartbreaking, but today he is brighter.”

Turn for the worse

Connor needed stitches after the attack and had been able to go home but took a turn for the worse on Sunday.

A 15-year-old friend also suffered head injuries and was taken by ambulance to the William Harvey Hospital in Ashford. But, Claire said, because Connor was standing and seemed ok he was told to get some medical attention but was not taken in the ambulance.

Claire said: “He was standing after the attack but needed stitches. At the time he seemed ok and remembered everything.

“I took him to Sittingbourne hospital for stitches but because his tooth had gone through his lip the injury was deep so they referred us to William Harvey Hospital in Ashford. He was treated at the maxilla facial clinic and we went home.

“Then Sunday morning he couldn’t talk or walk or recognise me, so was taken to Medway hospital by ambulance

“He couldn’t retain anything longer than a few minutes at a time and lost 5 to 6 months memory.”

Doctors have said Connor could make a full recovery in two weeks but that there is always an element of doubt with head injuries.

Claire said: “The good thing is that he is retaining new info and now remembers yesterday.”

Connor had travelled with friends for the day out at Margate. He and his friend were injured when trouble broke out on the main sands just after 5pm.

Claire said: “Connor and his friends didn’t know them, they just started causing trouble with anyone and everyone. Some girls were even hit by boys.”

Connor’s friend is also home from hospital. He suffered a a fractured eye socket.

A Kent Police spokesman said officers had been alerted to “a disturbance on Margate beach involving about 50 young people.”

Land ambulances and the air ambulance also attended the scene.

Officers are investigating. There have been no arrests so far.

Claire is appealing for anyone who witnessed, photographed or filmed the disturbance to come forward. 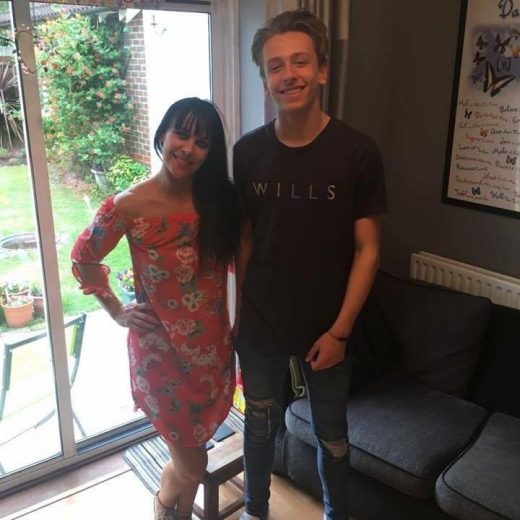 She said: “If any of your children were there and have footage or witness accounts to help find the people that did this I would be so grateful.”