A Travellers’ encampment has moved onto land in Ramsgate.

A resident took these pictures this morning of caravans at Jackey Bakers field. The group is thought to have moved onto the site on Friday (May 26).

This is at least the third encampment to set up home in Thanet in the last two months.

In April members of the travelling community took over the green in Dane Valley. A second group moved onto the green just days after the first were moved on.

An encampment was moved on from Jackey Bakers in July last year after some 15 caravans were taken onto the sports field. 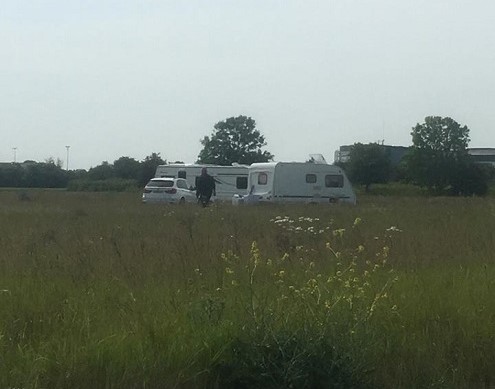