A schooner based on an historic 18th Century craft will arrive in Ramsgate harbour tomorrow (May 23) as part of a campaign to restart a ferry service to Belgium from the port.

Members of the VZW Restart group in Ostend will arrive in training craft TS Rupel for a visit with Ramsgate mayor Trevor Shonk and former mayor Patricia Moore.

The schooner, which has a salute cannon onboard, resembles the crafts that used to carry post between Ostend and the UK in the 1700s. 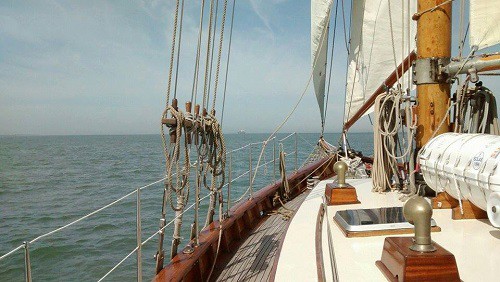 A spokesman for the VZW group said: “Those two-mast ships were the hesitant beginning of what would become one of the most popular ferry lines in the world. With a similar ship, and from the idea that all little ones help, VZW Restart will be promoting the restarting of a new ferry line from Ostend.” 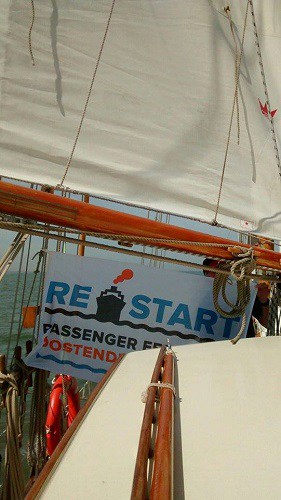 The campaign was first launched after the TransEuropa service from Ramsgate to Ostend went bankrupt in 2013, owing Thanet council some £3.4 million accrued in port fees.

A group of 200 people from Ostend came to Ramsgate in 2014 to make the case for a new service.

Ferries have not operated from the port since 2013 but Thanet council recently attended the Multimodal industry event in Birmingham to promote the possibility of Continental services.

A TDC spokesman said: “The Port of Ramsgate has a fundamental role to play in the movement of freight between mainland Europe and the UK. The Port can now provide an innovative cost effective solution that will significantly reduce congestion and CO2 emissions.”

The VZW group will arrive at around 4pm and are expected to leave late Wednesday or on Thursday morning, dependent on the tide.