Twelve members of Margate Task Force are climbing the three highest mountains in the UK to raise cash for a charity that supports bereaved youngsters .

The team will take on the Three Peaks Challenge in a bid to raise £1,000 for Holding On Letting Go.

They will scale Ben Nevis in Scotland, Scafell Pike in England and Snowdon in Wales in just three days, from June 2-4.

Holding On Letting Go has been providing bereavement support to children, young people and their families across Kent and Medway for the past 19 years.

The children referred to Holding On Letting Go have lost someone special such as a parent, grandparent or sibling and are struggling to cope with their loss.

They may have been bereaved by illness or a sudden death such as suicide, road traffic accident or murder. They often feel very isolated in their grief and don’t know how to express the many emotions they are feeling appropriately.

The charity’s bereavement support weekends – some of which are run at Upton Junior School – include art and music therapy sessions plus outdoor activities, which play a major role in helping the children to deal with feelings of anger, grief, hurt and abandonment. 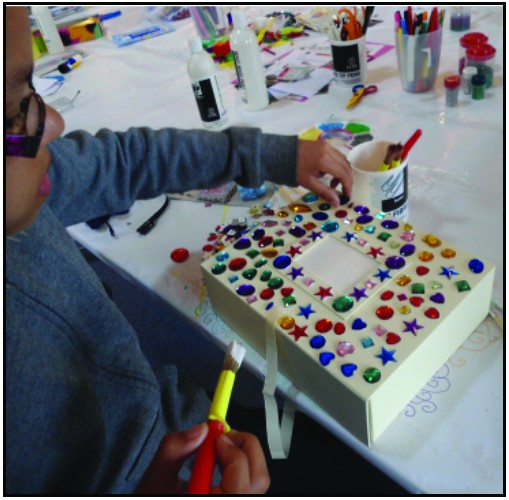 Holding On Letting Go help bereaved children to hold onto precious memories and let go of the sadness.

One of the Three Peaks team is Julien Lawton whose children received support from Holding On Letting Go when their mum died in 2012.

“My life was as normal as most, I was happily married to Sara, we had two children, and had just been blessed with our third.

“Then Sara was unexpectedly diagnosed with stage four breast cancer. Her prognosis was 1-5 years’ survival. She was 36. In July 2012, after our last family holiday to Egypt, Sara lost her fight for life.

“I found out about Holding On Letting Go through a friend and made contact. At first I was concerned that the proposed weekend may bring emotions to the fore and cause the children to regress.

“They had no obvious effects from Sara’s death but were upset from time to time. I explained what the weekend was all about and they seemed fine with the concept. I admit to being scared for them as I led them (the two older children) into the venue.

“ However, my fears were unfounded. They came bouncing out at the end of first day full of tales about what they had been doing, the crafts they had made and games they took part in, but I must say eating doughnuts at break-time seemed to be the highlight!

“The second day was just as good. They met other children who had suffered loss and it helped them to realise they weren’t the only ones. I joined them for the final part of the weekend and we took part in a balloon release with all of the other children and adults from the weekend, it was an emotional and poignant ceremony. 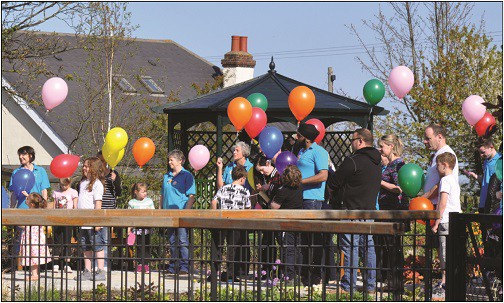 “The children came home with memory boxes which they had made to store special items that reminded them of their mummy. They continue to find comfort from the memory boxes and seem more at peace.

“ I am so pleased I found the charity – it has brought comfort and joy to my children and my family and I know Sara would be happy.”

Your chance to bag cash for the charity

Holding On Letting Go is also bidding to bag a massive cash boost from the Tesco Bags of Help initiative.

Tesco teamed up with Groundwork to launch its community funding scheme, where grants of £4,000, £2,000 and £1,000 – all raised from the 5p bag levy – are awarded to local community projects.

Three groups in every Tesco region have been shortlisted to receive the cash award and shoppers are being invited to head along to stores to vote for who they think should take away the top grant.

Holding On Letting Go is one of the groups on the shortlist.

Caroline Ford, programme manager for Holding On Letting Go, said: “We are delighted to have been selected as one of the three charities in Tesco Broadstairs. We specifically run bereavement support weekends in Broadstairs due to the high number of referrals we receive from the Thanet area.

“The funds raised from this Bags of Help scheme will ensure we can continue to offer vital support to bereaved children and young people in this area.”

Voting is open in stores throughout May and June. Customers can cast their vote using a token given to them at the check-out in store each time they shop.

Lindsey Crompton, Head of Community at Tesco, said: “There are some fantastic projects on the shortlists and we can’t wait to see them come to life in hundreds of communities.”

To find out more about the Tesco scheme click here